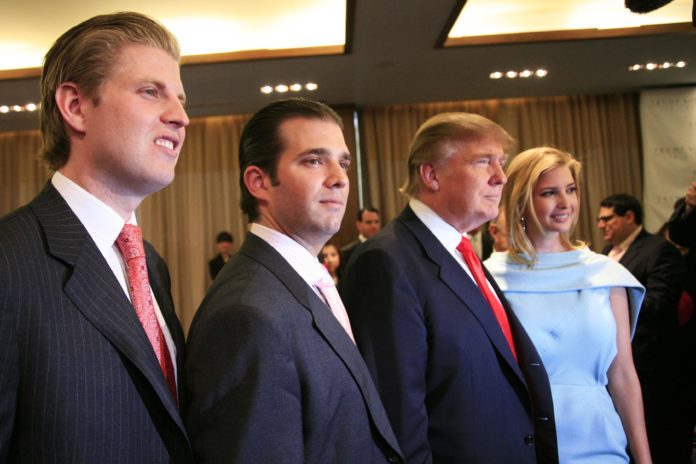 Even though President Donald Trump agreed Tuesday to close the Trump Foundation and liquidate any assets under court supervision, a former New Jersey prosecutor said Wednesday on MSNBC the president and his family are still in great legal jeopardy.

“It is going to become a criminal matter, I’ve been saying this for a long time.”

Bianchi also noted that New York Attorney General Barbara Underwood made it crystal clear in her press release that the Trump Foundation matter is not resolved:

“What she wrote in her press release yesterday talking about all of the improprieties, using it as a personal checkbook, is code word in criminal language for tax evasion, campaign finance violations, as well as fraud.”

None of this should surprise Trump or his family, Bianchi went on to add:

“The spotlight is going to be on you by law enforcement and other people that bring improprieties in your business dealings. The commingling of personal funds and charitable contributions is always known to be investigated in a criminal way.”

And Bianchi finished his comments by reminding Jansing that Don Jr., Eric, and Ivanka Trump were all on the foundation board:

“Him and his children, it is nothing less than what (Underwood) indicated, a slush fund. When I read that press release, as a prosecutor who made many press releases myself, right now she’s talking civil, but you can turn those words to fraud, tax evasion, campaign finance violations.

“(Underwood) said she’s going to pursue him, she said this is going to open up a criminal investigation. I think they’ve got a lot of evidence.”

Sounds like it may be a very dour Christmas around the Trump household.