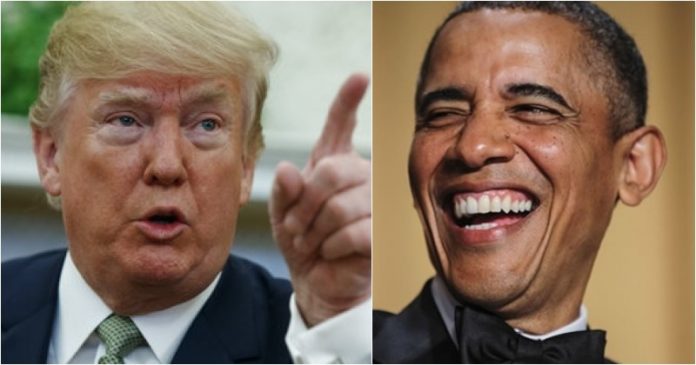 A former GOP member of Congress who rose to prominence in the Tea Party movement during the Obama administration is now admitting that former President Barack Obama was a much better head of state than Donald Trump, and also hinting that he may challenge Trump in the 2020 Republican primaries.

“I think we overanalyze Trump. He’s not complicated, he’s a horrible human being. He’s a bad, bad guy.”

And Walsh was only getting started when it came to his condemnation of the incumbent president:

“Trump’s a bully and he’s a coward, and the only way you beat a bully and you beat a coward is to expose them, is to punch them. Donald Trump’s been a con man his whole life. He is a bad man who — and we don’t talk about this enough, John. Millions and millions of American children every single day in this country are learning. they’re paying attention, they’re learning that it’s okay to lie and be a bully and be cruel. The only way you primary Donald Trump and beat him is to expose him for the con man he is. And if I did it, John, that’s what I’d do — I’d punch him every single day.”

Walsh noted that his disdain for Trump has been building for some time, and he said it all began with the way the president defended Russian President Vladimir Putin at the 2018 Helsinki summit between the two leaders:

“He lost me at Helsinki about a year, year and a half ago when he stood in front of the world and said, ‘I’m with that guy Putin and not my own people. That was it, that was ugly. and that was disloyal. But really, John, what’s grown on me since 2016 is this troubling truth. Virtually every time he opens his mouth, he lies. I mean, we’ve never had that before.”

But it was the comparison Walsh between Obama and Trump that’s sure to rankle Trump the most:

“Look. I was in Congress with Obama and I called him out on a couple of doozies. But we’ve never had a president — and this is pretty scary — we’ve never been in a situation where every single time a president opened his mouth, it was a lie. I don’t give a damn what your politics are, that’s got to be called out.”

Though Walsh demurred when asked by the CNN hosts if he would run against Trump in 2020, there are reports that he’s seriously leaning that way, with Politico reporting:

Walsh told POLITICO on Wednesday that he was confident he could secure the resources and support to mount a challenge against the president, and that if he ran, he would announce in short order. While Walsh on Wednesday would not yet confirm he would enter the primary, two sources who spoke to him said he was privately confirming he would announce his presidential bid this weekend.

If Walsh does announce, we can expect a fusillade of angry tweets from the president in short order. That much is certain.