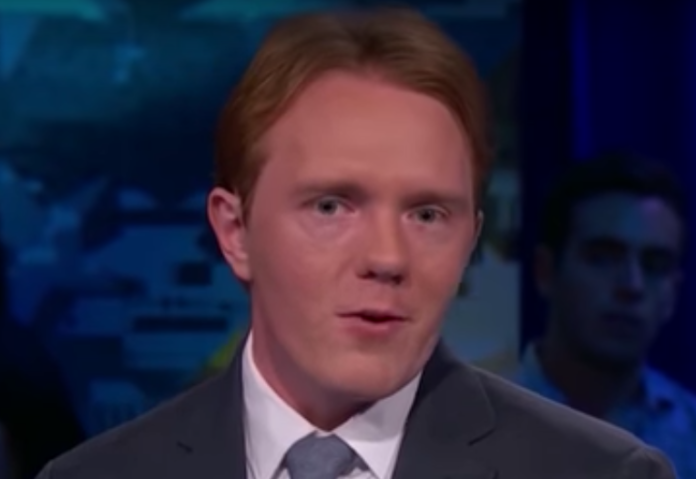 We now know where President Donald Trump got his racist campaign playbook to appeal to white nationalists across the country after former white nationalist and godson of KKK grand wizard David Duke, Derek Black spilled the beans on Saturday.

During an interview on CNN with Van Jones, Black, who is also the son of Stormfront founder Don Black, explained that he helped white nationalists mainstream their ideas, starting by running in a small political race in Florida near Mar-a-Lago.

“What is behind this appeal for white nationalism in America?” Jones asked to begin the interview.

The difference is that Americans used to overwhelmingly reject these ideas, especially after World War II and the Civil Rights movement.

“They didn’t get as much support and I think we didn’t pay as much attention to them as we probably should have,” Black said.

White nationalism had merely been a fringe movement in this country, but has now permeated into the mainstream as Trump continues to pander to white nationalists using the same kind of rhetoric Black employed during his successful run for office.

“You actually were able to run for office and win using some of these kinds of dog whistles,” Jones said. “What are some of the dog whistles that you found effective when you were part of this movement to mainstream these ideas?”

“Yeah, I ran for this little committee seat, a Republican committee seat in south Florida, right across the water from Mar-a-Lago, Donald Trump’s house there — so he’s always been in my life,” Black responded.

That is what the white nationalist movement was saying. I would just try to figure out ways to say it that didn’t freak them out so much. I got 62% of the vote saying that stuff.”

Black went on to say that he doesn’t think Trump is a white nationalist, but he is “opportunistically” using white nationalist ideas, including how he uses social media because Black used a lot of the same phrasing to push racist ideas on the Internet.

Trump may not be a white nationalist but he doesn’t have a problem with it either. He refused to condemn white nationalism in the wake of the mosque mass shooting in New Zealand earlier this month when reporters gave him the chance to do so.

And Trump continues to spout racist dog whistles, particularly about Hispanic migrants, in order to gin up hate and fear.

Americans need to push white nationalism back to the fringes or wipe it out entirely, but it has to start by rejecting Trump in 2020. Because while these racist dog whistles and ideas may always be in America, they certainly don’t belong in the White House.