The United States Blues
Home Business Expect Trump’s latest round of tariffs to take a big bite out... 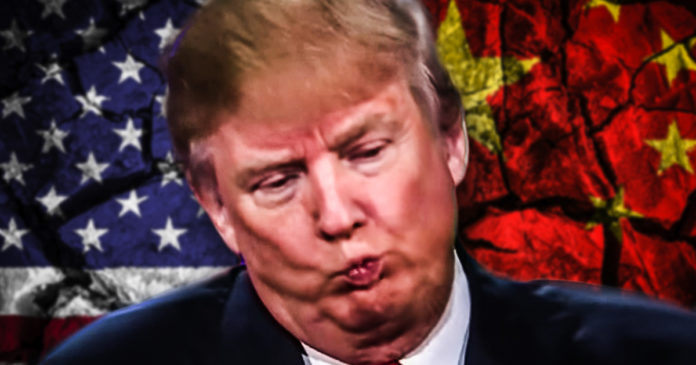 On Sunday, the Trump administration’s latest round of trade tariffs go into effect on a range of good from China, and this round of taxes is going to hit American consumers much more directly than previous ones, the AP reports:

Americans were largely spared from higher prices in his previous rounds of trade penalties. No longer. The 15% tariffs on $112 billion in Chinese imports will apply to items ranging from smartwatches and TVs to shoes, diapers, sporting goods and meat and dairy products.

For the first time since Trump launched his trade war, American households faced price increases. Many U.S. companies said they would be forced to pass on to customers the higher prices they had to pay on Chinese imports.

But despite facts to the contrary, President Donald Trump continues to assert that China will have to bear the burden of his trade war, remarking that “It’s only going to get worse for China.”

Chad Bown of the Peterson Institute for International Economics, warned that U.S. consumers will indeed see a price increase in many items as of Sunday:

“The bottom line is that, for the first time, Trump’s trade war is likely to directly raise prices for a lot of household budget items like clothing, shoes, toys, and consumer electronics.”

With inflation low, consumers have grown accustomed to very few price increases on many goods, but that’s likely to change drastically as soon as the new round of American tariffs goes into effect Sunday.

Trump had initially promised that the latest batch of tariffs would be delayed until December 15 to keep it from providing sticker shock for Christmas shoppers. But Stephen Lamar of the American Apparel and Footwear Association says that’s simply not the case:

“The story that holiday goods (were) given a reprieve is fake news.”

Instead, the September tariffs will mean that Americans have to pay an additional $4 billion for shoes and boots, according to a footwear trade group.