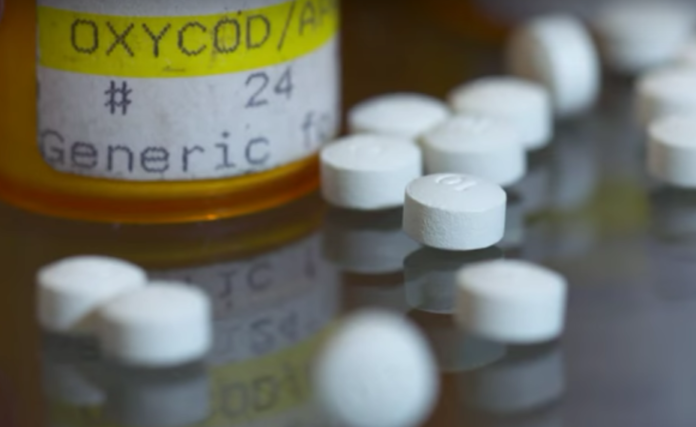 America is currently in the midst a deadly opioid crisis, but it will only get much worse if President Donald Trump and the GOP continue to attack the Affordable Care Act.

In October of 2017, Trump declared a 90-day public health emergency in response to the crisis. Thus far, however, nothing tangible has been done to prevent tens of thousands of Americans from dying every year due to opioid addiction.

According to the National Institute on Drug Abuse:

“Every day, more than 115 Americans die after overdosing on opioids. The misuse of and addiction to opioids—including prescription pain relievers, heroin, and synthetic opioids such as fentanyl—is a serious national crisis that affects public health as well as social and economic welfare. The Centers for Disease Control and Prevention estimates that the total “economic burden” of prescription opioid misuse alone in the United States is $78.5 billion a year, including the costs of healthcare, lost productivity, addiction treatment, and criminal justice involvement.”

Trump even formed a commission to deal with the crisis, but it’s little more than a hollow gesture rather than an actual effort to turn the tide.

As former Rep. Patrick Kennedy (D-Mass.), a member of the commission observed:

“The emergency declaration has accomplished little because there’s no funding behind it. You can’t expect to stem the tide of a public health crisis that is claiming over 64,000 lives per year without putting your money where your mouth is.”

Indeed, and what will make the crisis much worse than it is now is the Republican effort to gut the Affordable Care Act, also known as Obamacare.

The Affordable Care Act has provided access to addiction treatment and other services to millions of Americans since being enacted in 2010. The full effect of the law, however, has not yet been felt because it takes time to integrate the systems of care necessary to combat the crisis physically and mentally.

Victoria Stanhope, Professor of Social Work at New York University explained in a recent op-ed that the attacks on the ACA would take crucial funding and various tool away from the fight to combat the crisis

“As a social worker who has witnessed addiction firsthand, I know the country needs a health care system that treats the whole person, rather than just his or her substance use disorder,” Stanhope wrote.

“This concept drove many provisions of the Affordable Care Act, which seeks to improve access and quality of services for people suffering from drug dependence. The ACA also promotes integrated health care, the systematic coordination of physical and behavioral care.”

Stanhope pointed out that the ACA has led to triple the number of people getting treatment for addiction, up from 9,000 a year before the ACA to 30,000 after it was passed. And states that expanded Medicaid have incorporated medication-assisted treatment which is an “effective approach that combines medication, such as Naltrexone or methadone, with counseling.”

The ACA has also spent federal dollars to integrate care so that health professionals not only can treat the physical symptoms of addiction but also treat the mental and behavioral symptoms as well to achieve more well-rounded and complete care.

Again, integration is not complete across the country so it will take time before the full benefits and promise of the ACA are realized. But it will never have a chance to do so if Trump and Republicans get their way and dismantle it like they have been obsessed with doing for many years now.

They’ve already attempted to kill the law twice and managed to kill the individual mandate late last year within the GOP tax law. If Republicans continue to attack it, they’ll be making the opioid crisis worse.

“By undermining the ACA,” Stanhope warns, “Trump and the GOP are taking away one of the health care system’s best tools for improving the lives of those with addiction.”

The Affordable Care Act is on the front lines of combating the opioid crisis. If Republicans and Trump are serious about dealing effectively with the crisis, they’ll leave it alone or work to improve it so more people are covered. Too many Americans have already died because of this crisis. Republicans should be working to save more lives, not kill more people. Because if more people die because of Republican irresponsibility, they become just as bad as the drugs.