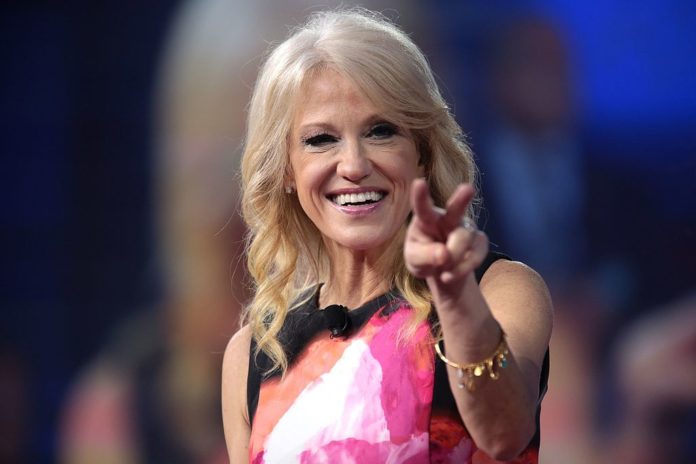 Ever since he first took the oath of office and assumed the presidency, President Donald Trump has repeatedly whined about people in his administration leaking information to the press. He’s even suggested that it’s done to undermine him and his agenda, urging the FBI and Department of Justice to find the leakers and prosecute them to the maximum extent of the law.

However, one wonders how Trump will feel when he finds out that the “number one leaker” in the White House is none other than senior counselor to the president, Kellyanne Conway.

Author Ronald Kessler, whose book, The Trump White House: Changing the Rules of the Game, is about to be released, was a guest on CNN’s State of the Union Sunday morning, and he revealed that Conway leaks more than any other member of the administration by far:

“While I was interviewing Kellyanne at the White House, she forgot that she was on the record. She started lashing into Reince Priebus. She said the most mean, cutting and obviously untrue things about Reince, and I didn’t include them in the book because they were so unfair.”

Reince Priebus, who served as Trump’s first chief of staff, was unceremoniously dumped by the president after only six months on the job.

Kessler said that Ivanka Trump and Jared Kushner — both of whom also serve as top advisers to the president — are also bad to leak to the media, and Conway made sure and trashed them, too:

“She also lit into Jared and Ivanka, saying that they leak against Steve Bannon. I know White House aides who have seen texts she has sent to other journalists, dissing her colleagues, leaking material.

“So if you wonder why there are so many leaks out of the White House, one reason is, Kellyanne is the number one leaker.”

Conway, who has been mentioned as possibly being the next White House Director of Communications, has long been a top aide to the president, but Kessler’s book may mean that she won’t be around much longer. Watch Trump’s Twitter feed in the next few days and see if he fires Conway the way he did Secretary of State Rex Tillerson. For all his bravado, this president is clearly afraid to dismiss staffers face to face.