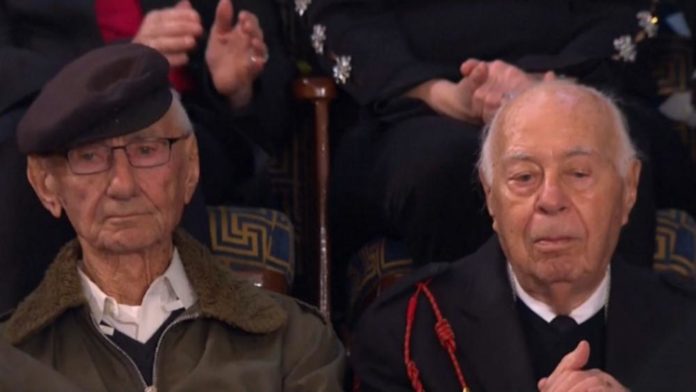 During his State of the Union address Tuesday evening, President Donald Trump recognized and praised two men who survived the mass shooting at the Tree of Life synagogue in October of last year. The two are also Holocaust survivors.

Trump asked the two men — Judah Samet and Joshua Kaufman — to stand and he praised them for their bravery. He also addressed anti-Semitism, commenting:

“We must never ignore the vile poison of anti-Semitism, or those who spread its venomous creed. With one voice, we must confront this hatred anywhere and everywhere it occurs.”

That honoring of two Jewish men set off howls of anger on the far right, ThinkProgress reports:

“Patrick Casey, the leader of the white nationalist group Identity Evropa, labeled the speech ’embarrassing,’ while neo-Nazi Mike Peinovich said Trump was ‘pander[ing] to every group that hates you,’ a phrase echoed by self-described American nationalist Nick Fuentes, who accused Trump of ‘pander[ing] to the enemy.'”

On the internet, especially 4chan and 8chan, where vile white supremacists and other neo-Nazis love to gather and discuss their hatred for anyone the least bit different than them, there was also a firestorm of criticism for Trump, whom many on the right have lionized.

And another hate-filled user commented:

Here’s a few more of the utterly disgusting and willfully ignorant postings from the extreme corners of the internet: 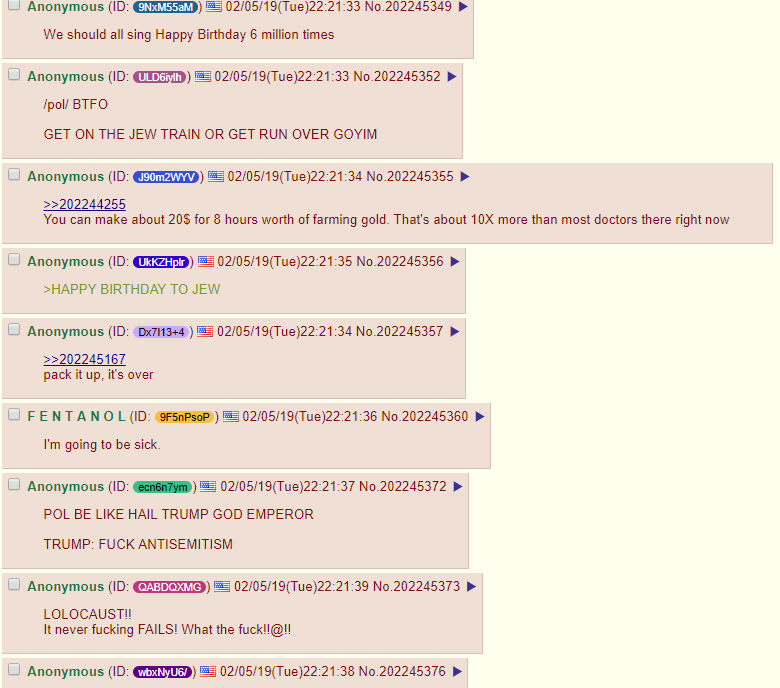 Make no mistake, every extremist-related murder committed in the United States in 2018 was perpetrated by a member of the far right, according to the Anti-Defamation League. And yet Trump and his most ardent supporters want us to be afraid of immigrants and Muslims.

And while Trump may have recognized the two Tree of Life heroes on Tuesday, he has also engaged in racist and anti-Semitic language:

“In August, (Trump) tweeted that he was going to examine the large-scale killing of white farmers in South Africa, a popular talking point in white nationalist circles that was later picked up by the neo-Nazi National Socialist Movement. He has also repeatedly blamed billionaire philanthropist George Soros for issues supposedly funding migrant caravans traveling to the U.S.-Mexico border from Central America, playing into a commonly used anti-Semitic trope seen on the far right.”

Should we praise Trump for denouncing anti-Semitism? Of course. But we also need to realize that he’s guilty of the same horrible evil he condemned. And that makes him a hypocrite.