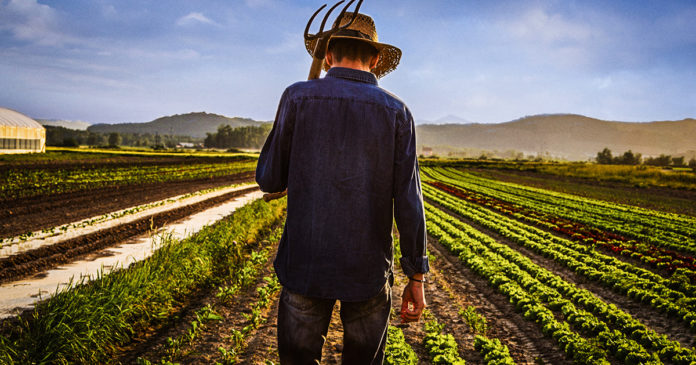 As the trade war begun by President Donald Trump continues to drag on with no end in sight, more and more farmers are being forced to declare bankruptcy.

New data from the American Farm Bureau Association reveals that farm bankruptcies are up 24 percent this year as farmers deal with both trade tariffs and weather challenges that have delayed planting and negatively impacted harvests.

HuffPost notes that several states have been hit especially hard:

The states hit hardest by farm bankruptcies include Wisconsin, Georgia, Kansas and Nebraska, according to the federation, which is an independent, nongovernmental organization representing farmers and ranchers. More than 40% of the 580 Chapter 12 bankruptcies were filed in the Midwest.

The report from the Farm Bureau Association warns that the trend towards bankruptcy “is a concern” as more and more farmers are forced to take drastic action just to save what little they have.

Another telling figure from the report: Fully 40 percent of farm income this year will come from government insurance and subsidies paid by taxpayers, meaning that consumers are being forced to subsidize the catastrophic trade war while also having to pay more for agricultural products.

John Newton, chief economist for the Farm Bureau Association, told Oregon Public Radio the situation is going to get even worse:

“I’m getting calls from farmers across the country that may not be at [the] Chapter 12 bankruptcy point, but they’re very close to it.

“We’ve seen low crop prices, low livestock prices for a number of years now. On the back of that we have the trade war where agriculture’s been unfairly retaliated against.”

Meanwhile, Trump continues to say the trade war with China will be over with soon:

Trump has promised a deal soon with China. In a sign of goodwill, China purchased 50 million bushels of soy beans from the U.S. in the last two weeks. But that’s still 76% below purchasing levels before the trade war began.

While many farmers in the Midwest and South voted for Trump in 2016, it remains to be seen if they will vote against their own financial interests in the 2020 election. If they do, they may be the next wave of farmers to lose everything they have.