The United States Blues
Home News Farm Union President declares that it will be decades before farmers recover... 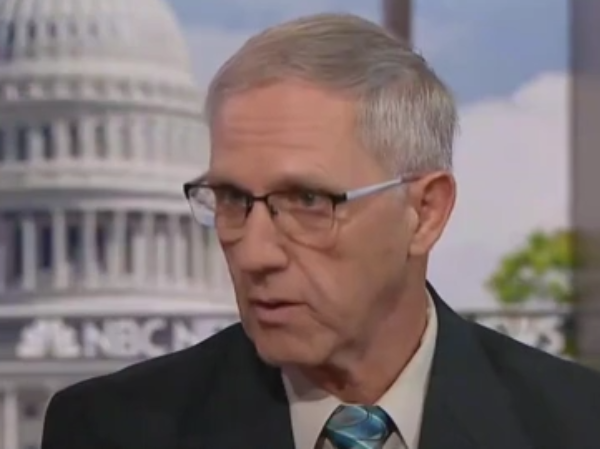 National Farm Union President Roger Johnson had grim news for farmers and the country on Thursday when he predicted that it will be decades before farmers recover from President Donald Trump’s terrible policies.

On top of natural disasters such as flooding and tornadoes that have ravaged their crops and livestock, farmers have also had to deal with billions of dollars in losses stemming from Trump’s trade war with China, which resulted in China stopping their purchase of American agriculture products entirely earlier this year.

Trump has offered bailouts, but those bailouts are going mainly to corporate farms and are not helping a majority of struggling farmers, the same farmers who voted for him in 2016.

Even Secretary of Agriculture Sonny Perdue has admitted that farmers are not being helped enough as the trade war escalates.

And now, Trump is taking yet another market away from farmers by giving 31 oil companies EPA waivers to let them stop producing biofuels, which require corn ethanol.

Thus, farmers can’t even sell their corn to oil companies for fuel production.

Johnson warned that Trump’s behavior and combined policies are taking a toll on farmers.

“When you look at the stuff gone on with trade and China and the offensive remarks that he’s made about leaders around the world, that has hurt our markets,” Johnson explained. “When you add on what’s happened with ethanol, with, sort of, these gifts to big oil the president has made to the EPA waivers that were just talked about, that helps destroy the markets. So, net farm income is half of what it was six years ago. There’s a lot of financial strain in farm country. In all, these things combined, just create a lot of economic anxiety in agriculture.”

Johnson went on to slam the bailouts, including one that Trump is promising in the wake of his ethanol waivers decision, which, like previous bailouts, just won’t be enough to cover the losses farmers have suffered. And it will take decades, he warned, for farmers to recover if they are able to recover at all.

“So these are the so-called market facilitation payments that were announced a year ago and then earlier this year to make up for the damage that’s happened as a result of the trade turmoil,” Johnson said. “They are far from sufficient to make up for the loss and net farm income. Net farm income’s been down in the area of $600 billion. So, these payments, $12 billion, $16 billion, they’re needed, yes, they’re important. But they are not going to make up for the damage and this damage is long-term. It’s going to be decades literally before we get some of these markets back, if ever.”