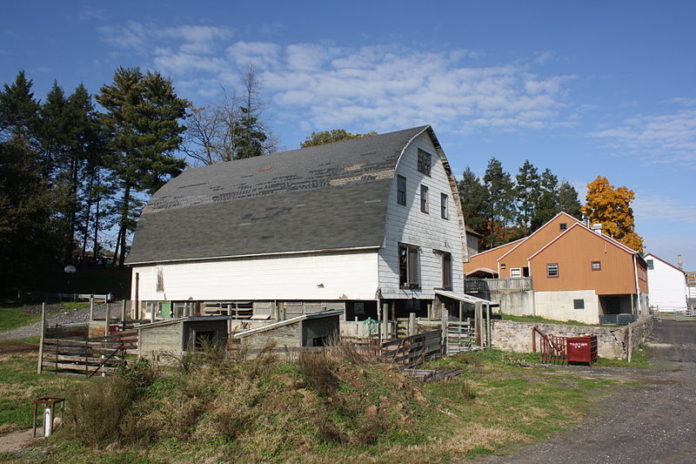 President Donald Trump may have just alienated farmers once and for all with his latest announcement of new tariffs against Mexico that would draw retaliatory tariffs at a time when rural communities cannot afford any more struggles.

Trump threatened to enact a 5 percent tariff on June 10th in a desperate effort to force Mexico to fix America’s immigration issues, which he can’t fix because he’s not focusing on the root cause of migrants seeking asylum in the United States.

Farmers are already reeling from Trump’s trade war with China, the former top customer for American soybeans. Now Trump is threatening to tariff our second largest customer for those soybeans and more.

It turns out that Mexico is also the top market for American dairy, corn, and pork.

Mexico has already begun buying more corn from South American farmers instead of farmers in the United States. But a fresh round of tariffs followed by retaliatory tariffs would hit farmers even harder, including in battleground states Trump needs to win re-election.

Chris Kolstad, chairman of U.S. Wheat Associates, a grower-financed group that promotes exports, and a wheat farmer from Ledger, Montana, compared the potential fallout to “struggling to survive a flood then getting hit by a tornado.”

The largest agricultural sector in [Wisconsin, Michigan and Pennsylvania] is dairy. Mexico is “our number one market,” Tom Vilsack, president and CEO of the U.S. Dairy Export Council and a former U.S. Secretary of Agriculture, said in an email.

Iowa, which voted for Trump in 2016 after supporting Democrat Barack Obama in 2008 and 2012, is the largest U.S. producer of hogs and of corn. North Carolina, another electoral battleground, is the nation’s second-largest hog producer.

And the tariffs come on top of many of these states being hit by literal floods and tornadoes that caused billions of dollars in losses as farmers struggle to resume planting the fields and restocking their livestock.

A new massive trade war with Mexico would further devastate farming communities across the country, most of which voted for Trump in 2016. How much more pain can they take before they reach their breaking point and realize that Trump is lying when he says he cares about them? Several Iowa farmers have already stated outright that they won’t vote for Trump in 2020. These news tariffs could push any farmers who are on the fence over the edge. And Trump won’t be the only one who suffers electoral losses, but every Republican who didn’t stand up to him to stop him from hurting their constituents.