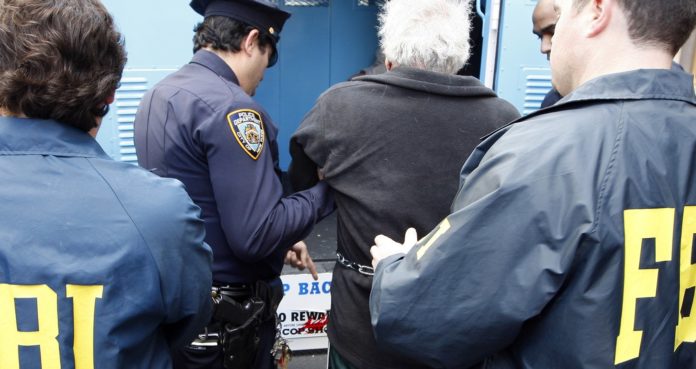 A man was taken into custody by the FBI after allegedly threatening to kill a woman in Florida and vowing that he would exterminate all Hispanics, Newsweek reports:

The person who was threatened, identified in court documents as C.I., received online messages over a period of months, from late May through the first half of August, according to the complaint. C.I., who is from Spain and resides in Miami-Dade County, brought the messages to the attention of the Miami Police Department, which subsequently informed the FBI.

The messages contained a pair of laudatory comments about President Donald Trump, invoking him in furtherance of the genocidal language.

According to FBI Special Agent Matthew Jones, the suspect, identified as Eric Lin, allegedly sent hundreds of threatening messages to the victim and was arrested for making violent threats to murder others.

Authorities say that Lin was arrested in Washington State and will remain there for any preliminary court hearings, though he will eventually be extradited to Florida for any trial.

The messages Lin allegedly sent to the Florida woman are both disgustingly racist and exceptionally violent:

There were also references to President Donald Trump in the messages Lin allegedly sent:

Other messages sent from both accounts made specific reference to Trump, hailing him as “Our Great President” and declaring: “I Thank God everyday President Donald John Trump is President and that he will launch a Racial War and Crusade” to keep out non-white people, using several epithets to describe African-Americans, Hispanics and Muslims.”

The FBI was able to track Lin by obtaining a search warrant for his Facebook account and accessed the two accounts he allegedly sent the threatening messages from. Lin also allegedly said he would pay another social media user to travel to Miami and kidnap C.I:

“The Plan is you and Mara convince her that you are Rich White Americans, people she looks up to. And then get her into a Rented House or Mansion and then chain her up and put her in a Rubber made Plastic Bin.”

Lin will appear before a federal judge for a detention hearing next week.