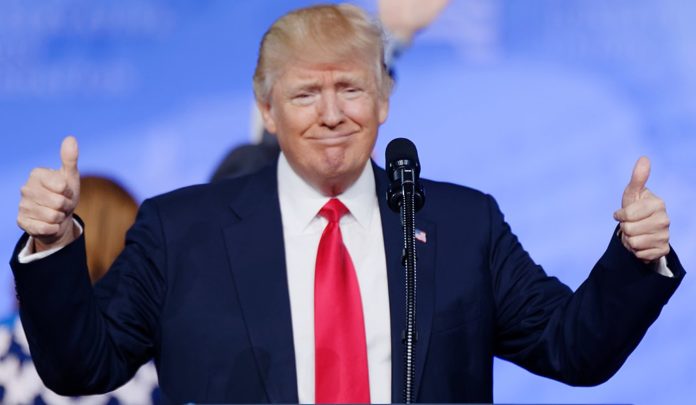 President Donald Trump’s rhetoric against the media and Democrats is once again in the spotlight after the FBI arrested a right-wing extremist for threatening to bomb a major American news network and suggested Democratic 2020 candidate Beto O’Rourke is a target.

Trump has already incited a white nationalist gunman to murder 22 people in El Paso because of his anti-immigration rhetoric at a Florida rally.

His attacks on multiple high-profile Democrats and CNN were enough to inspire another one of his supporters to send bombs, including two to CNN headquarters, before police eventually arrested him and seized his van adorned with pictures of Trump.

And a member of the Coast Guard was taken into custody for having a kill list featuring the names of Trump’s political opponents and media critics, including MSNBC host Joe Scarborough.

Now ABC’s Mike Levine reports that the FBI has arrested yet another Trump extremist, Jarrett William Smith, who sought to murder Trump’s opponents and critics with bombs, and this time it’s a member of the United States Army.

The FBI has arrested a member of U.S. Army who allegedly discussed plans to bomb a major U.S. news network, discussed traveling to Ukraine to fight with violent far-right group, and allegedly distributed info online on how to build bombs. He also allegedly mentioned @BetoORourke.

So, the man not only wanted to bomb a news network, he wanted to go to Ukraine to help white nationalists there as Trump’s scandalous scheme to pressure Ukraine into helping him beat former Vice-President Joe Biden in the 2020 Election continues to grow. And he offered to teach others like him to make bombs as well.

On Aug. 19, 2019, Smith allegedly spoke with an FBI informant in an online chat group and discussed a plan for an attack inside the U.S., his search for more “radicals” like himself, and the possibility of killing members of the group Antifa.

In suggesting that the headquarters of the major news network could be a target, Smith allegedly said: “A large vehicle bomb. Fill a vehicle full of [explosives] then fill a ping pong ball with [commonly available chemical] via drilling then injection. Put the ball in the tank of the vehicle and leave. 30 minutes later, BOOM.”

Smith also admitted to the informant that he desired to kill O’Rourke, who recently called for banning assault rifles in the United States, which led to a Texas state GOP lawmaker to issue a threat.

Clearly, Trump is radicalizing his supporters, including those in the military whom he could use in 2020 to stay in office through violence if he loses the election. This is not a drill. America is under attack by right-wing terrorists.