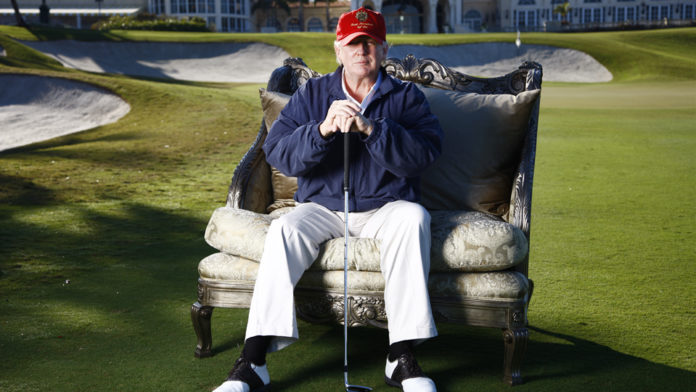 The FBI and investigators in the state of New Jersey have collected employment documents and other pertinent information which were allegedly provided to undocumented immigrants who worked at President Donald Trump’s Bedminster golf club, according to The Washington Post:

“Federal and state investigators are scrutinizing the employment documents of immigrants without legal status who say they worked at President Trump’s golf club in New Jersey, according to their attorney.

“Anibal Romero, a Newark attorney who represents five undocumented immigrants who say they worked at the Trump National Golf Club in Bedminster, said in an interview Saturday that he met with investigators from the New Jersey state attorney general’s office and two FBI agents in November, before the workers began to go public with their stories.”

Romero also indicated that the FBI may have begun an active investigation into the use of fake green cards and other official documentation at the Trump golf resort in New Jersey:

“I’m confident that federal and state authorities will conduct a complete and thorough investigation.”

Ironically, one of the FBI agents involved in the Bedminster case said the referral to their agency had come from the office of Special Counsel Robert Mueller.

“Morales and Diaz first went public in interviews with the New York Times earlier this month. Morales said she had worked at the Bedminster club for the last five years — even making Trump’s bed and ironing the president’s clothes at times. She told the Times that managers at the club had taken steps to help her evade detection as an undocumented worker.”

Morales entered the U.S. illegally in 1999 and began working at the Trump National Golf Club in 2013. She was told at the club that her working status “didn’t matter.”

Despite President Trump’s repeated calls for tougher immigration laws, his resorts have often used migrant labor. They’ve even had to ask for special waivers so they can hire more immigrant workers for peak seasons of the year.