The United States Blues
Home National News FBI reluctant to aggressively go after white supremacists for fear it will... 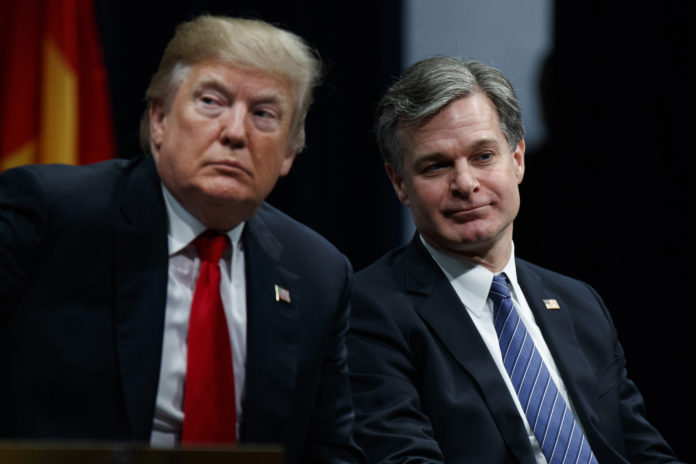 Even though the FBI has warned that the threat from right-wing white supremacist terrorism is on the rise, the agency is in a bind, according to The Washington Post, because they fear that going after such groups and individuals in an aggressive manner will anger both President Donald Trump and his political base.

The Post notes that senior FBI officials recently testified that domestic terrorism is indeed a problem in the United States:

In recent congressional testimony, senior FBI officials said they were conducting about 850 domestic terrorism investigations — a decrease from a year earlier, when there were roughly 1,000. The category covers more than just racist violence, but officials say such motivations are a large part of their domestic terrorism caseload.

A closer look at the data, however, suggests that white nationalist violence is growing more of a threat than ever before, with 100 arrests of domestic terrorism suspects from October of last year to this June. That suggests that the country is on a pace that will exceed the total for 2018, which was 120.

“We will bring the full resources of the FBI to bear in the pursuit of justice for the victims of these crimes.”

But the agency is in a quandary: They wonder how far Trump will let them go in their pursuit of white nationalists:

“I believe Christopher A. Wray is an honorable man, but I think in many ways the FBI is hamstrung in trying to investigate the white supremacist movement like the old FBI would,” Gomez said. “There’s some reluctance among agents to bring forth an investigation that targets what the president perceives as his base. It’s a no-win situation for the FBI agent or supervisor.”

Considering how Trump has repeatedly attacked the FBI since taking office, even going so far as to suggest that the agency was part of a deep state “coup” to remove him from office, it’s easy to see why agents might be uneasy about going full-throttle against domestic terrorists who have white supremacist affiliations.

Daryl Johnson, a former analyst for the Department of Homeland Security, wrote a memo warning about the growing threat from domestic terror groups in 2009, and he was quickly criticized for the memo, with it being said the entire matter was politically motivated to harm conservatives. And he says the threat has grown over the past decade:

“Here we are 10 years later, this threat is still alive and well and in some respects is actually growing. It’s very concerning,” he said. “I’m still in disbelief that the federal government response seems to be lacking. People that we elect seem to lack political willpower to tackle this issue and call it out and do something about it.”

Imagine for a moment if a major domestic terror attack like the 1995 Oklahoma City bombing were to happen again, leaving hundreds dead and the entire nation in a state of panic. What if we later learn the individual or group that perpetrated the crime hadn’t been pursued as aggressively as necessary because it would have angered the president? Who will we blame for that horror and loss of life? And why are we even allowing a man who seeks to hamstring the top law enforcement agency in this country to remain in office?