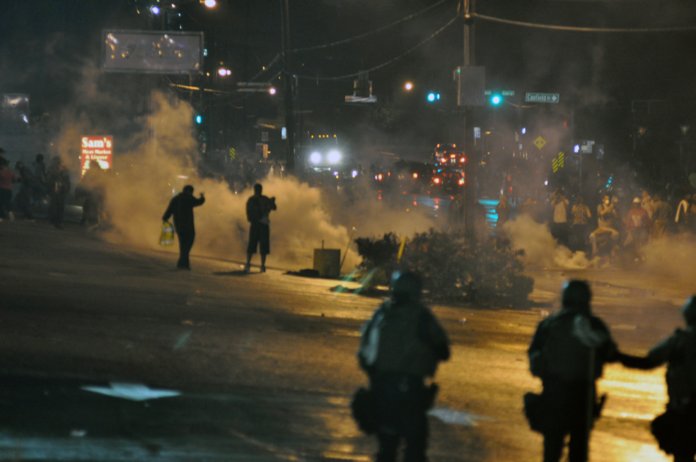 The St. Louis Dispatch reports that the Federal Court has intervened with the way local police in St. Loius respond to protests. The ruling comes as a result of a lawsuit filed against the department over their use of force during demonstrations in the city on September 17th of this year.

The St Louis Police Department has a long history of abusing their authority when it comes to how they deal with the African American population in their city. In a 49 page report filed with the court by the ACLU, this racial bias appears in a significant number of cases and a wide array of situations. Based on the evidence, the court concluded that the:

Plaintiffs [The Protestors] have presented sufficient evidence demonstrating that they are likely to prevail on their claim that defendant’s [St. Louis PD] custom or policy is…,

… in violation of plaintiffs’ First and Fourth Amendment rights.

The judicial order broke down a litany of violations by St. Louis police officers and explained how the force violated the protesters 1st Amendment right to demonstrate; all of which officers of the law should be aware of and understand.

The court also laid out a reiteration of previous court rulings declaring that recording police officers is well within the protesters’ rights.

Judge Perry went on to revoke the department’s right to use hand-held mace as a chemical alternative to other more potent chemical dispersion agents. Perry stated that the video footage of recent protests

shows that officers have exercised their discretion in an arbitrary and retaliatory fashion to punish protesters for voicing criticism of police or recording police conduct.

This decision is a massive win for the ACLU and for the Constitutionally protected rights of citizens to lawfully assemble and protest their government. Hopefully, the ruling will lead to conversations about police reform rather than the continued retaliation against citizens for merely speaking up on their behalf.