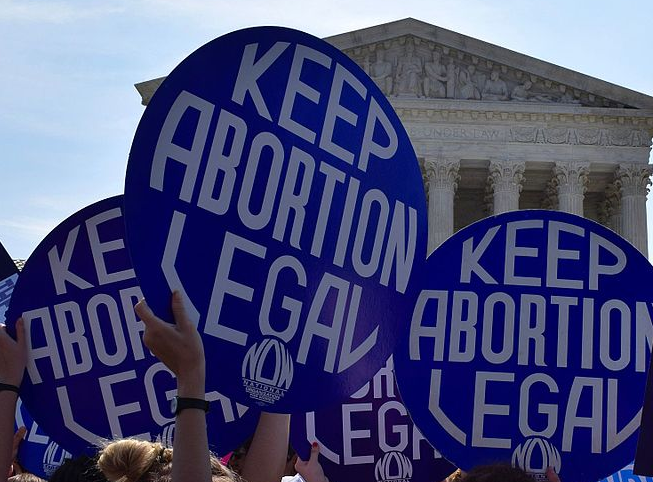 Alabama, Missouri, Georgia, and Ohio have all passed draconian anti-abortion laws in the past month that significantly roll back women’s rights and basically define the womb as property of the state.

All of the laws lack exemptions for rape and incest victims, forcing women and girls to carry their rapist’s baby to term, thus rewarding rapists for their crimes.

Alabama’s law is a total ban on abortion, as is Georgia’s, and both could criminalize miscarriages and imprison women for having one, even if the miscarriage is natural. The bills also criminalize forms of birth control and completely disregard science.

Mississippi passed a law banning abortion at six weeks in March. And now, in the first court salvo against the Republican collusion against women’s rights, Judge Carlton Reeves blocked the law from taking effect and issued a scathing rebuke of the state.

“Here we go again,” Reeves wrote. “Mississippi has passed another law banning abortions prior to viability. The parties have been here before. Last spring, plaintiffs successfully challenged Mississippi’s ban on abortion after 15 weeks. The Court ruled that the law was unconstitutional and permanently enjoined its enforcement. The State responded by passing an even more restrictive bill.”

Reeves went on to write that the law “threatens immediate harm to women’s rights, especially considering most women do not seek abortion services until after 6 weeks. Allowing the law to take effect would force the clinic to stop providing most abortion care.”

Indeed, many women don’t even find out they are pregnant until after six weeks.

This assault on women’s rights comes in the wake of President Donald Trump putting Brett Kavanaugh on the Supreme Court, but it’s going to backfire against Republicans as women rise up to fight for their rights, especially since over 70 percent of Americans back Roe v. Wade. In short, Republicans are committing political suicide.