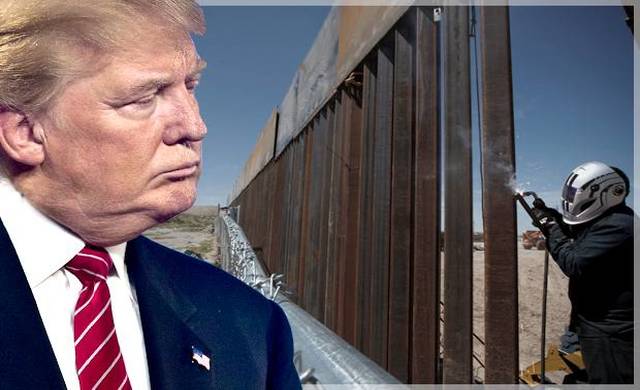 Earlier this year, Trump sparked outrage by declaring a fake national emergency in order to steal billions of dollars of military funding to build his useless wall on the southern border, which he falsely claims would stop illegal immigration and drugs.

Even Texas Republicans condemned his national emergency because the move takes money that would be used to build better barracks and schools to support military families.

Construction was all set to begin at the beginning of the week, but Judge Gilliam issued a ruling permanently blocking Trump from building his wall in California, New Mexico, and Arizona because the Justice Department could not come up with any new facts or arguments to persuade him to reverse the temporary injunction issued in May.

“Because no new factual or legal arguments persuade the Court that its analysis in the preliminary injunction order was wrong, Plaintiffs’ likelihood of success on the merits has ripened into actual success,” Gilliam wrote in his decision.

Gilliam noted that Trump violated the Constitution by taking the funds because Congress has the sole power of the purse. The executive branch cannot just take money appropriated for one thing and use it to do something else that Congress did not approve funding for.

Trump threw a hissy fit and declared his false national emergency because Congress refused to give him money for his wall. Now he just suffered yet another humiliating defeat in court because of his incompetence.

The ACLU, which represented the plaintiffs, hailed the victory.

BREAKING: We just won our lawsuit blocking Trump from abusing emergency powers to begin construction on a border wall Congress denied him.

This ruling, which permanently blocks the administration from using nearly $3 billion in illegally diverted funds for wall construction, is a win for the Constitution and our border communities.

While declaring the national emergency, Trump stated he “didn’t need to do this” but he’d prefer to build the wall “much faster.” He added that he declared a national emergency because he was “not happy” that Congress “skimped” on the wall by denying him the billions he demanded.

All in all, Trump truly is still just a prick with no wall.