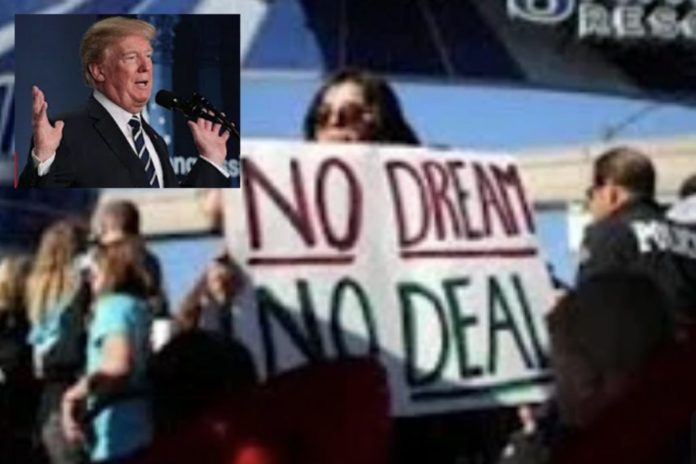 CNN reports that Judge Nicholas G. Garaufis of the U.S. District Court for the Eastern District of New York ruled that DACA participants and states are likely to succeed in their challenge that the way President Trump terminated the Obama-era program. Judge Garaufis ruled that Trump’s efforts were “arbitrary and capricious.”

The judge also said that Trump could still end DACA, but he has to go about it legally.

Legal experts and supporters of DACA were delighted with Garaufis’ ruling.

“Today’s ruling shows that courts across the country agree that Trump’s termination of DACA was not just immoral, but unlawful as well, said Karen Tumlin of the National Immigration Law Center.”

“DACA was implemented unilaterally after Congress declined to extend these benefits to this same group of illegal aliens. As such, it was an unlawful circumvention of Congress, the Justice Department said in a statement. Promoting and enforcing the rule of law is vital to protecting a nation, its borders, and its citizens.”

DACA has become a hot-button issue for both Democrats and Republicans as they attempt to figure out what to do with the 800,000 Dreamers who came to the U.S. as small children by undocumented parents.

But it looks like things just got even harder for our xenophobic President.