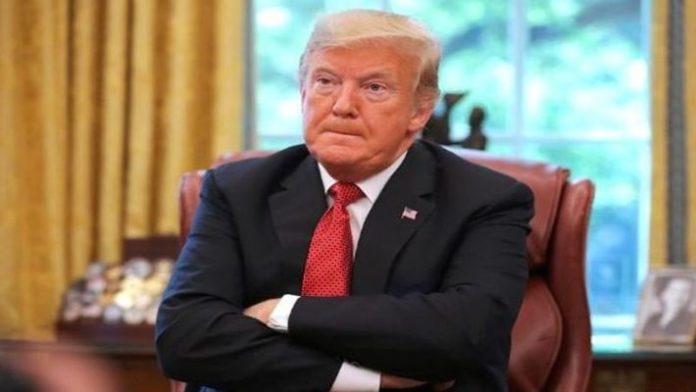 President Donald Trump’s heartless attempt to restrict asylum requests by migrants crossing the southern border took a hit this week when a federal judge ruled against it.

Last month, Trump moved to end most asylum protections from Central American migrants by issuing a new rule disqualifying them from being granted asylum if they cross the border anywhere except a designated port of entry.

But the Immigration and Nationality Act passed by Congress makes it clear that the president cannot make such distinctions because “any alien who is physically present in the United States or who arrives in the United States (whether or not at a designated port of arrival…), irrespective of such alien’s status, may apply for asylum.”

In short, Trump is flouting Congress’ authority by trying to overrule it by executive order. And U.S. District Judge Randolph Moss in Washington DC ruled as such.

ABC News reports: that Moss “ruled that the policy was unlawful and “in excess of statutory … authority.””

The judge said that while Congress grants the U.S. Department of Homeland Security secretary the authority to create additional restrictions on asylum policy, those limitations still must fit within the confines of the law as established by Congress.”

The administration had argued that the policy doesn’t block the migrants who enter the U.S. outside of a legal port of entry, but rather that they were ineligible for asylum in the first place.

But Moss disagreed, finding that there is little difference between the two interpretations, particularly for the immigrants impacted by it.

The ruling on Friday follows a loss Trump suffered in court last year when yet another asylum rule he made up was blocked by a federal judge in California.

And we can expect more rulings to go against Trump in the future as he continues to try to usurp the rule of law like a dictator to deny compassion and humanitarianism to migrants who are fleeing their homeland for a better life.