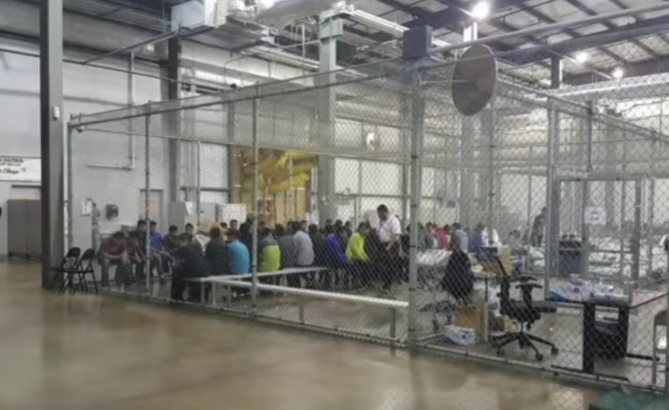 A federal judge just delivered another legal setback to President Donald Trump’s family separation policy that has seen thousands of migrant children taken from their parents.

Trump’s family separation policy has been in effect since his first year in office, but was formally announced by former Attorney General Jeff Sessions last April despite Department of Homeland Security Secretary Kirstjen Nielsen claiming that no such policy exists during her testimony to Congress this week.

A lawsuit over the policy filed by the American Civil Liberties Union (ACLU) is being heard by the U.S. District Court for the Southern District of California. The case will determine the fate of at least 2,700 children who have been stolen from their parents and placed in cages at internment camps.

But at least 15,000 children, a figure Nielsen could not even bother to remember so she could tell Congress how many children have been detained by Trump’s administration, have been separated from their families so far despite a court order that DHS reunite children with their parents.

But now those children may be included in the current case.

In a legal blow to the Trump administration, a federal judge ruled Friday that all migrant families separated during the government’s border crackdown should be included in a class-action lawsuit. But he stopped short of immediately ordering the Justice Department to track them all down.

U.S. District Judge Dana Sabraw in California said the universe of separated families should extend beyond the 2,700-plus children taken from their parents last spring, and include families forced apart as early as July 1, 2017, and the months afterward, when the Trump administration was denying that it had a policy of separating families.

“The hallmark of a civilized society is measured by how it treats its people and those within its borders,” Sabraw, a Republican appointee, wrote in his ruling. “That Defendants may have to change course and undertake additional effort to address these issues does not render modification of the class definition unfair; it only serves to underscore the unquestionable importance of the effort and why it is necessary. Clearly, the matter of determining the ‘number and status of separated children’ who have entered care at any point in time because of the Administration’s family separation policy is not going away.”

Furthermore, Sabraw wrote that “the Court has an obligation to resolve,” the question of whether the Trump administration should be forced to find and reunite the rest of the families they have busted apart. It “may be burdensome,” Sabraw concluded. But “it clearly can be done.”

And it should be done. Trump’s family separation policy is a crime against humanity. The government should not be able to kidnap children from their parents and lock them in cages in internment camps. Children have died in government custody because of this policy. By all rights, Trump and several of his top officials should be tried at The Hague. Hopefully, justice will prevail in our own courts and this policy will come to a swift end so that these poor suffering families can be together again.