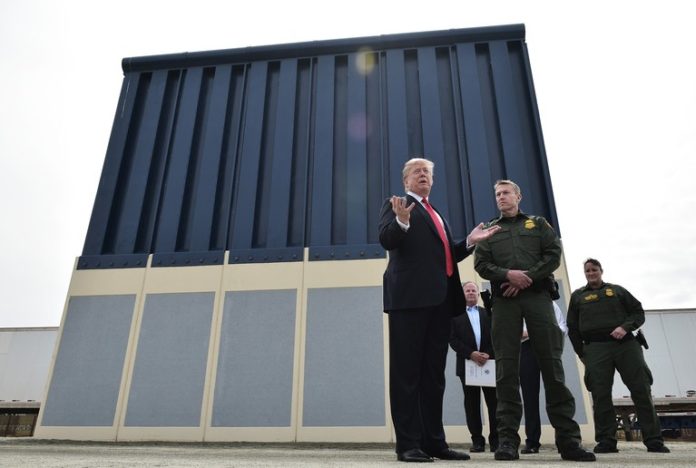 In a 56-page ruling, Judge Haywood Gilliam of the Northern District of California blocked the administration from moving forward with specific projects in Texas and Arizona, saying Trump couldn’t disburse the funds without congressional approval. The lawsuit that prompted the ruling was filed by the American Civil Liberties Union on behalf of the plaintiffs, the Sierra Club and Southern Border Communities Coalition.

Although Friday’s ruling does not prevent the Trump administration from using funds from other sources to build the projects, it’s a setback for the President on a signature agenda item that has consistently been thwarted by Democrats in Congress. Construction on the projects affected by the ruling could have begun as early as Saturday, according to the ruling.

In his ruling, Judge Gilliam wrote:

“The position that when Congress declines the Executive’s request to appropriate funds, the Executive nonetheless may simply find a way to spend those funds ‘without Congress’ does not square with fundamental separation of powers principles dating back to the earliest days of our Republic.”

Dror Ladin of the ACLU hailed the ruling:

“This order is a win for our system of checks and balances, the rule of law, and border communities. The court blocked all the wall projects currently slated for immediate construction. If the administration begins illegally diverting additional military funds, we’ll be back in court to block that as well.”

Trump has desperately been trying to find the money he needs to build his border wall because Congress has repeatedly refused to give him funding for the project. When the president declared a national emergency earlier this year, he immediately began shifting federal funds from the military to be used for construction of the border barrier. But Friday’s court ruling means he’s back to square one and may never be able to keep his campaign promise.