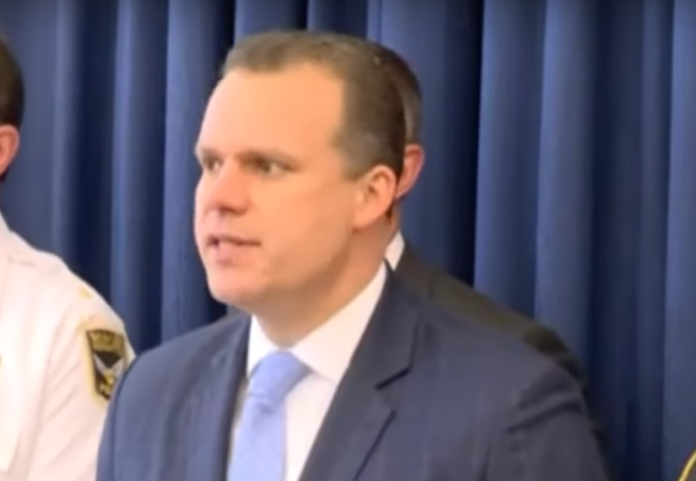 Federal prosecutor Justin Herdman of Ohio had a warning for white nationalists this week that law enforcement is watching them and that they are cowards for threatening and attacking people because they aren’t getting their way.

The wannabe Ohio terrorist has been charged with sending threatening communications via interstate commerce.

Yet, the threat of white nationalist terrorism remains high, and that’s why U.S. Attorney Justin Herdman fought back during remarks at a press conference in which he spoke directly to white nationalists.

“Go ahead and make your case for Nazism, a white nation, and racial superiority,” Herdman said. “The Constitution may give you a voice, but it doesn’t guarantee you a receptive audience. Your right to free speech does not automatically mean that people will agree with you. In fact, you have a God-given and inalienable right to be on the losing end of this argument.”

“What you don’t have, though, is the right to take out your frustration at failure in the political arena by resorting to violence,” Herdman continued. “You don’t have any right to threaten the lives and well-being of our neighbors. They have an absolute and God-given and inalienable right to live peacefully, to worship as they please, to be free from the fear that they might become a target simply because of the color of their skin, the country of their birth, or the form of their prayer.”

In the end, Herdman told white nationalists that their threats of violence “don’t make you soldiers, they make you cowards.”

This is what Trump should be saying to white nationalists right now instead of making excuses for them and denying that right-wing violence and extremism is a problem. Herdman should be praised for standing up to these terrorists and their racist ideology because at least someone in a position of authority has that kind of courage. If only Republicans had the spine to follow Herdman’s lead.