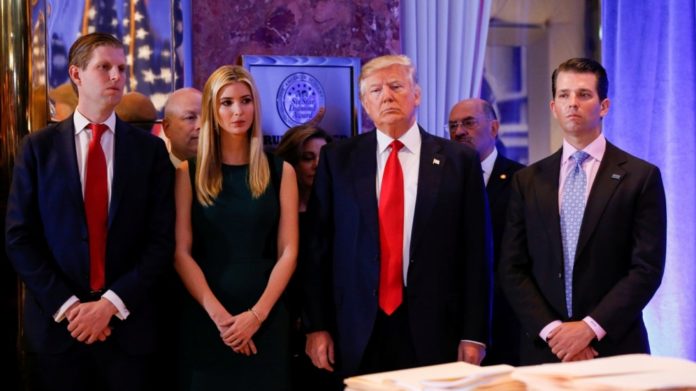 Federal prosecutors have now expanded their investigation of hush money payments made to women who allegedly had affairs with President Donald Trump and are looking closely at top executives at the Trump Organization, including members of the president’s family, the New York Times reports.

According to the Times:

“Prosecutors contacted the company to renew a request they had made this year for documents and other materials, according to the people. The precise nature of the materials sought was unclear, but the renewed request is further indication that prosecutors continue to focus on the president’s company even as the case against (former Trump attorney Michael Cohen) comes to a close, the people said.”

President Trump’s eldest sons, Donald Trump Jr and Eric, are currently in charge of the Trump Organization while their father is in office. However, the president refused to place his business interests in a blind trust, leading some legal experts to suggest that he still has the ability to profit from the company.

Based on the sentencing memos filed last week in the case of Cohen, prosecutors from the Southern District of New York appear far from done with their part of the ongoing probe:

“In addition to implicating Mr. Trump in the payments to the two women, Mr. Cohen has told prosecutors that the company’s chief financial officer was involved in discussions about them, a claim that is now a focus of the inquiry, according to the people, who spoke on the condition of anonymity because the investigation is continuing.”

That same sentencing memo also named the president as an unindicted co-conspirator in the scheme to pay off women who said they had a sexual relationship with Trump:

“Mr. Cohen has told the Southern District prosecutors that he arranged the hush money to the two women at the direction of Mr. Trump. In the filing on Friday, the Southern District prosecutors put the weight of their office behind Mr. Cohen’s admission, saying that ‘with respect to both payments, he acted in coordination with and at the direction of’ Mr. Trump.”

Though the Trump Organization refused to comment on the expanding probe of the company, the president weighed in via Twitter Monday morning, dismissing the entire matter: