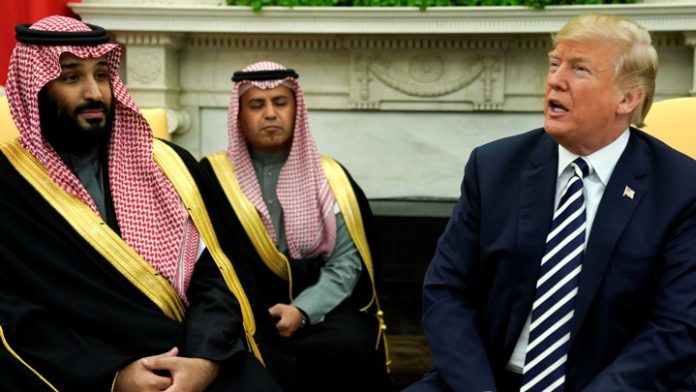 A federal investigative agency has decided to look at allegations of wrongdoing by members of the Trump administration involving their plan to finalize a nuclear deal with Saudi Arabia, The Daily Beast reports this morning:

“The line of inquiry is part of a broader investigation in the Office of the Special Counsel—an independent federal investigative and prosecutorial agency—into alleged politically motivated personnel decisions at government offices.

“The OSC, which can seek corrective and disciplinary action, is looking at whether officials were retaliated against for raising concerns about the administration’s work related to a Saudi nuclear deal. As part of that investigation, OSC has also reviewed allegations about potentially improper dealings by senior members of the Trump administration in their attempt to map out a nuclear deal with Riyadh, according to two sources with knowledge of OSC’s work.”

There is also increasing concern among Congressional Democrats about Trump’s close ties to Saudi Arabia, most notably the refusal of President Donald Trump to condemn Saudi Crown Prince Mohammed Bin Salman for his alleged role in the murder and dismemberment of Washington Post journalist Jamal Khashoggi:

Those concerns were heightened by a report issued by Rep. Elijah Cummings in February that outlined allegations about efforts inside the White House to rush the transfer of highly sensitive U.S. nuclear technology to Saudi Arabia—a potential violation of the Atomic Energy Act and without review by Congress.

The U.S. Department of Energy has authorized seven American companies to conduct “nuclear-related work” in Saudi Arabia, setting off alarm bells that such a move could set off a full-fledged arms race in the Middle East which could further destabilize the region.

“One thing that is in our interest is to prevent Saudi Arabia from getting a nuclear weapon. What I’ve seen in this administration recently… is an effort to evade Congress and to some extent evade your department and provide substantial nuclear technology and aid to Saudi Arabia while [the country] refuses to abide by any of the controls we would like to see regarding reprocessing, enrichment.”

Congress is also looking into the ties between senior White House adviser Jared Kushner and the Saudis, The Daily Beast notes. Kushner recently traveled to Riyadh and let with the Crown Prince. Kushner’s security clearance was rejected by top intelligence officials in part because there were concerns over his connections to foreign governments such as the Saudis.