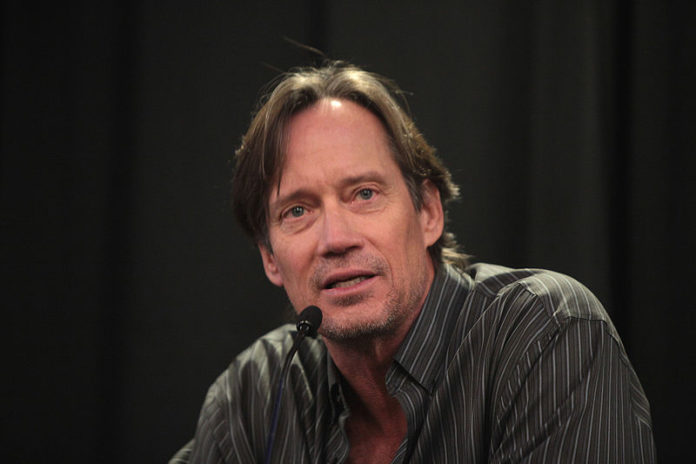 Herculean has-been actor Kevin Sorbo came out of his hole on Tuesday to complain that feminists are not defending outgoing White House press secretary Sarah Huckabee Sanders. And they destroyed him in response.

The desperate actor has been trying to become relevant again by openly spouting right-wing propaganda and supporting President Donald Trump.

Last week, it was announced that Huckabee Sanders is officially leaving the post she largely abandoned late last year. She hasn’t held a press briefing for the last three months. Her departure has drawn cheers and mockery, especially since she is demanding to be remembered for being “transparent and honest,” which is laughable because she lied all the time and refused to answer questions with anything but propaganda.

Of course, Sorbo thinks true feminists should jump to defend her.

Not one feminist has defended Sarah Sanders. It seems women’s rights only matter if those women are liberal.

But feminists responded by schooling him.

Plenty of us have defended her against those criticizing her appearance (which is not ok IMO.) Unfortunately for her, there’s no defense for her terrible behavior.

She has to own her own behavior. Should she try to excuse it because it was all in a day’s work, she won’t get any sympathy from me.

Liberal woman here… you’re suggesting we should defend a liar?

The fact that Sarah Slanders has a vagina doesn’t maker her less a liar.

Feminism is about toppling systems that keep women oppressed. It is not about defending women who fight to keep those systems in place.

Total absence of a cursory understanding of feminism notwithstanding, exactly which rights is she being denied?

It has nothing to do with gender, dimwit. People speak out against her because she’s a compulsive liar. But, if it makes you feel any better, you are a man, and I think you are a moron. Equal rights in action!

No, most of us haven’t defended the questionable things she’s said to media and the world because those things are garbage.

But as feminists, we WILL defend:
– her equal rights as a woman
– her right to be called out on those garbage things just like a man should be

You really have no idea what feminism is, do ya, sport? Women aren’t required to support another woman if they don’t agree with things that have nothing to do with their gender.

Being a feminist doesn’t mean excusing, or worse defending, terrible behaviour just bc it comes from a woman.

Seems your basic comprehension skills are almost as bad as your acting.

This is one case where an actor should definitely stick to acting. Because Sorbo has no clue what he is talking about.