The United States Blues
Home Business Megachurch Forgets To Tip Their Waitress… But The Restaurant Fires Her As... 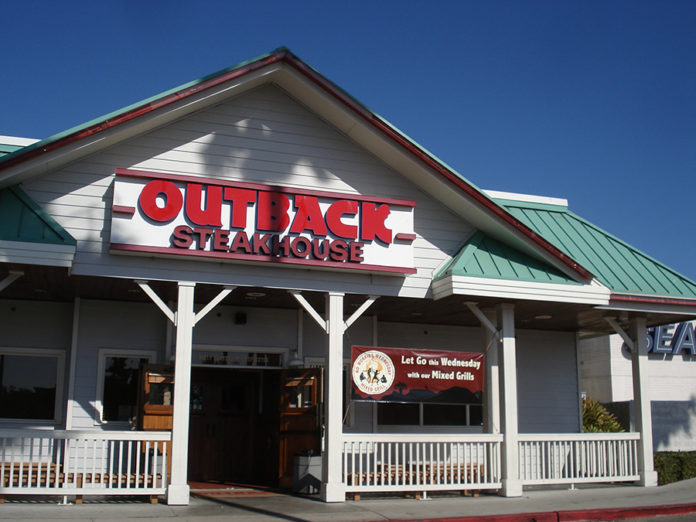 A mega-church in Florida decided to order takeout from an Outback Steakhouse in Palm Beach Gardens, Florida last week. The massive order totaled $735. The volunteer who picked up the order allegedly forgot to tip. And so, the waitress who spent most of her shift preparing the order took to social media to complain that she only made $18 in tips that day.

Instead of compensating her, the restaurant fired Tamlynn Yoder. She said:

“Tips is how we make our money, we still make a low wage as servers. Coming in to eat or takeout, you should automatically be wanting to tip 15 percent. From there you either go up or go down based on service.”

The Christ Fellowship Church’s Facebook has since been blasted with angry comments left by users who cannot believe the restaurant fired the waitress.

Some think the church is to blame there, as well.

“You’re not a church, you’re a business who preys and profits on the faith of others. You’re not Christians because you have no idea what it is to be a Christian. In the end you will be judged.”

“I know a girl who really needs your prayers right now. She just lost her job and doesn’t know how she’ll pay rent or survive. Please pray for her.”

After the waitress’ comment surfaced on social media, the church called Outback Steakhouse to attempt to set things right. When Yoder showed up for her next shift, she was informed that the church had been refunded their entire $735 and that she would be losing her job.

Church official David Lonsberry says that the intention was not to have the waitress fired, although the church has done nothing to speak out against the restaurant’s strict policy that bars employees from speaking about their customers online.

“We did not call the restaurant to have her fired, we wanted to get the situation resolved. He said the person sent to collect the order was a “volunteer” who “probably didn’t know to tip since it was a rush of the moment thing.”

“We value our local business partners and those who work in their establishments – many whom are members of our church – and it is customary for us to leave a generous tip whenever we pick up a carry-out order.”

Lonsberry said the church reached out directly to those affected. Yoder confirmed that she had been compensated for the tip by the church, though she still does not have a job.

She said she’s not giving up on her dreams, however:

“One day I would like to own my own restaurant. I love this business.”