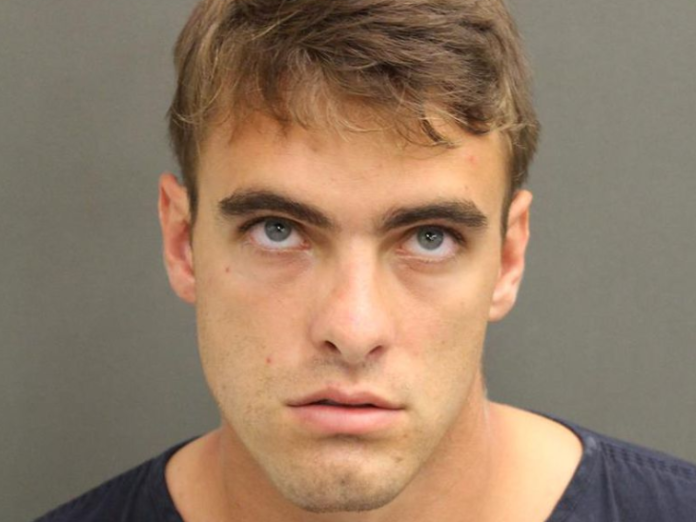 White nationalists have now been fully emboldened by President Donald Trump’s racist and violent rhetoric as yet another has been arrested for threatening to perpetrate a mass shooting at a Walmart in Florida.

Not even a week after a white nationalist cited Trump’s rhetoric and proceeded to murder 22 people at a Walmart in El Paso, the Florida Department of Law Enforcement reports that police arrested a man on Friday before he could become a copy-cat killer.

According to the Orlando Sentinel:

Richard D. Clayton, 26, was under a joint investigation by the FDLE, the Winter Park police department and the FBI’s Joint Terrorism Task Force that began on Aug. 6 after a Facebook post by Clayton said that he had “3 more days of probation left then I get my AR-15 back. Don’t go to Walmart next week.”

According to investigators, Clayton had a history of posting violent threats on Facebook under fictitious accounts and believed in white supremacist ideology.

Clayton was arrested on Friday, Aug. 9 without incident and was booked into the Orange County Jail. The case will be prosecuted by the Office of the State Attorney, 9th Judicial Circuit, based on reports.

Clayton has been charged with intimidation and sending a written threat to commit. His bond is set at $15,000.

Florida police acted far more appropriately to prevent a mass shooting than El Paso police did in Texas earlier this week when only days after the mass shooting there an armed Trump supporter parked outside a migrant center, put on latex gloves and intended to commit another terrorist attack. Police did arrest the man, but later released him on the same block, claiming they could not charge him with anything.

Trump’s rhetoric has clearly emboldened white nationalists to commit mass shootings, yet Republicans won’t condemn him for it, nor will they act to prevent gun violence by passing gun control laws. That means we can expect more white nationalist terrorism, and the next mass shooting could happen anywhere, and sooner than we think.