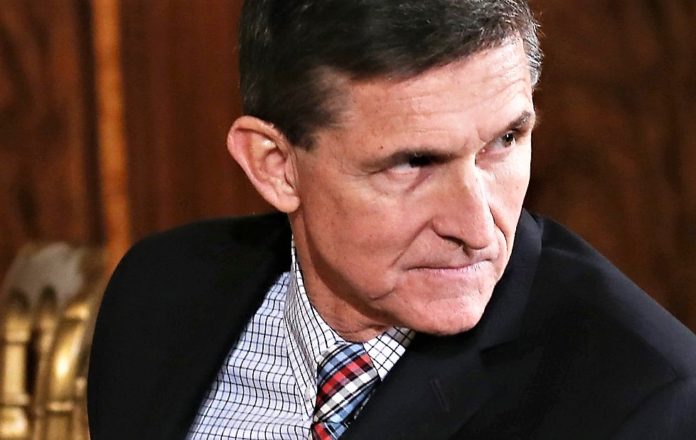 While people stuffed themselves with turkey and watched football, news reports started coming out that former National Security Adviser Michael Flynn would no longer be communicating with Trump’s legal team.

The news signaled the likely possibility that Michael Flynn has begun cooperating with Special Counsel Robert Mueller in his investigation into Russian meddling in the 2016 Presidential election.

If he is indeed cooperating with investigators, it is likely part of a negotiated plea deal that would give Flynn some positive treatment in exchange for information that would lead to the arrests and convictions of others on the Trump team.

Norman Eisen was the ethics chief under former President Obama. Eisen took to Twitter on Thursday saying, “BAD NEWS FOR TRUMP, Flynn may or may not have dirt on the Prez, but he surely will roll over on Kush, who will flip like a pancake on daddy-in-law’s obstruction. [sic] They are gonna have to start frisking Jared for a wire in the Oval.”

Eisen continued saying, “I negotiated a cooperation deal for a target with Mueller’s office when he was US Atty and lemme tell ya, he’s not gonna give one to Flynn unless he implicates someone up the ladder.  That means Kushner, Don Jr., or Big Daddy. They are all having indigestion tonight.”

The news that White House lawyers received notice that Flynn would no longer be in communication with them only added to the speculation that Flynn has flipped on others within the campaign.

That speculation has largely been fueled by the fact that many experts assert that there is clear evidence that Flynn was engaged in wrongdoing, and yet no charges have been filed against him.

In looking at federal records, it is clear that Flynn did not declare $530,000 paid to him for work that benefited Turkey that he completed during the 2016 campaign.

Additionally, the fact that Flynn’s son is now a target in the Mueller investigation adds another weapon to Mueller’s arsenal that could influence Flynn.

It remains a matter of speculation, whether Flynn has flipped, but the signs are indeed pointing in that direction.

Of course, the White House maintains that Flynn has no incriminating information to share. White House lawyer Ty Cobb discussed the possibility of indictments against Flynn and his son last month saying, “I think [Trump] would be sad for them, as a friend and a former colleague, if the process results in punishment or indictments. But to the extent that that happens, that’s beyond his control.”