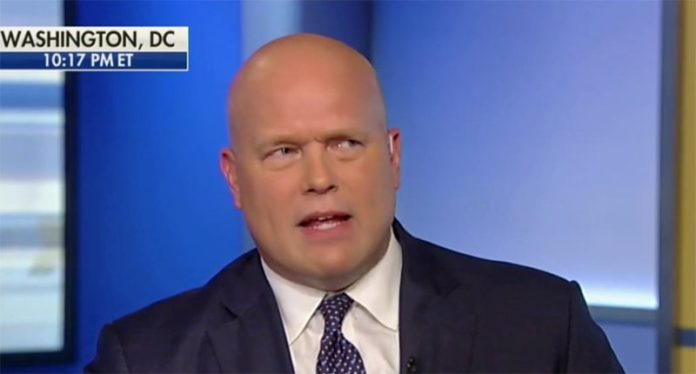 Now that we know there was indeed a quid pro quo by President Donald Trump when he told the president of Ukraine he wanted dirt on Joe Biden in exchange for military aid, the latest defense of Trump’s indefensible actions is that a president can do whatever he wants with impunity.

“What evidence of a crime do you have? … Abuse of power is not a crime.”

In order to impeach a president, Whitaker continued, the Constitution makes it “very clear that this has to be some pretty egregious behavior.”

As you might expect, Ingraham agreed wholeheartedly with Whitaker, HuffPost reports:

Speaking to Ingraham about the impeachment probe, Whitaker suggested President Trump was “being punished” for upsetting “the apple cart” of the “world establishment.”

Ingraham agreed with this assessment.

“This is a revenge of the global elites,” she said.

“Abuse of power is not a crime…the Constitution is pretty clear that this has to be some pretty egregious behavior.”pic.twitter.com/WHs9Z4ksHd

Thing is, just because something isn’t a crime doesn’t mean it’s not an impeachable offense, as many Twitter users were quick to remind Whitaker:

Hate to break it to Whitaker, but when the Founders discussed impeachment, they specifically discussed it as a remedy for abuse of power. https://t.co/VixJgJlYXQ

Even if Matthew Whitaker lives to be 100 years old, “Abuse of power is not a crime” will be mentioned in his obituary. It’s that stupid. https://t.co/ktfbtSPMqu

“Abuse of power is not a crime,” says GOP mouthpiece Matthew Whitaker.
Well, it is impeachable. Let’s do that for starters and then sort out which crimes were committed. https://t.co/K9zkR1ZJ05

Matthew Whitaker: Abuse of power is not a crime pic.twitter.com/IJsEwRTs8N

Oh please let POTUS hire him to run the impeachment defense. I won’t ask for any Christmas gifts.