The United States Blues
Home Uncategorized Former Asst. AG: Trump Will Lose If He Fights A Subpoena From... 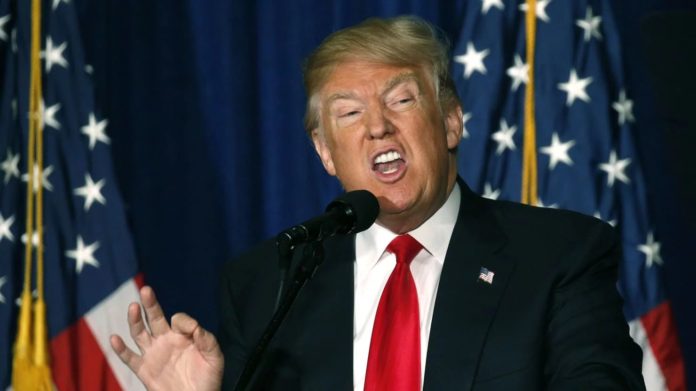 Though he submitted responses to written questions from Special Counsel Robert Mueller this week, it remains possible that Mueller will also subpoena the president for additional testimony on the issue of obstruction of justice.

Yet when Rudy Giuliani, who currently serves on the president’s legal team, was asked about a subpoena, he said Trump would assert executive privilege and refuse to appear, and that such an act by Trump would be upheld in court.

But Elliot Williams, who served as Deputy Attorney General in the Obama administration, warned Saturday on “AM Joy” that the matter isn’t as cut and dried as Giuliani would have us all believe.

“This is an individual who had a career as a prosecutor and so on, but has sort of gone of the rails in the last couple of years, so let’s start with that framework.”

And then Williams explained how judicial precedent regarding former presidents Richard Nixon and Bill Clinton would apply to Trump, too:

“There are very strong arguments for why the presidents ought to and should have to submit to a subpoena, but again, I’ll be candid that there are reasons that that argument might lose.”

“And if it wound up in the Supreme Court, now Donald Trump has his ringer in there, he’s got Brett Kavanaugh.”

But, Williams countered, Trump would also face Chief Justice John Roberts, who criticized the president this week for attacking the independence of the federal judiciary:

“He’s got a ringer, but a chief justice who is willing to scrap with him, apparently.”

Jessica Levinson, law professor at Loyola University, told Vox that if a subpoena is issued with Trump’s name on it, he will indeed have to testify:

“I think it is highly likely that anyone, including the president, can be subpoenaed by a grand jury in a criminal case and must respond to that subpoena.”

Dianne Marie Amann, who teaches law at the University of Georgia, concurred with Professor Levinson, remarking:

“Rules authorizing federal subpoenas — that is, court orders to testify or produce documents — do not expressly exempt the president. And in 1998, President Clinton was subpoenaed in connection with the independent counsel’s Whitewater-Lewinsky inquiry.”

As much as Trump would love to believe he’s above the law, he isn’t, and he may well find that out very soon.