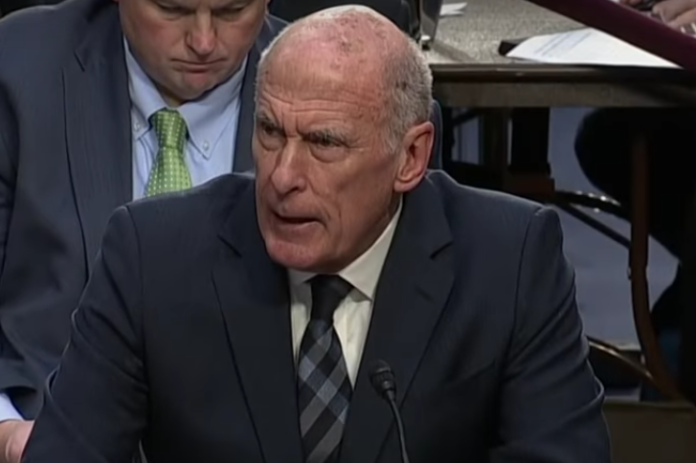 During a Senate Intelligence Committee hearing in January, Coats testified that North Korea won’t give up their nuclear weapons as Trump has repeatedly claimed.

North Korea is clearly duping Trump, but he refuses to listen to his intelligence officials, preferring that everyone believe he’s a “deal-maker” deserving of a Nobel Peace Prize rather than admit he is being played and our national security is at serious risk.

On Tuesday, former CIA agent Phil Mudd said that Trump will likely fire Coats for not joining his charade.

“We lived this already and the American people said they hated it,” Mudd began. “There are questions during my tenure at the CIA about whether the CIA was too supportive of the president going into the Iraq war. There ain’t no learning in the second kick of the mule here. So we’re going again into North Korea and say we’d prefer that the intel guys support the president regardless whether they agree with his position?”

“I think the intel guys are supposed to get out there and talk about the facts,” Mudd concluded. “Do we want to relive Iraq all over again? Speak the truth and let the truth fall where it may. That’s what intel folks are supposed to do, that’s what they did, and Dan Coats is gonna get fired for it.“

And if Trump fires Coats, he’ll have to fire CIA Director Gina Haspel as well because she agreed with Coats’ assessment by warning the committee that North Korea “is committed to developing a long-range nuclear-armed missile that would pose a direct threat to the United States.”

Trump is denying reality and that denial is a threat to our national security and the security of our Asian allies. We don’t need sycophants telling Trump what he wants to hear instead of stating the facts. North Korea has been duping Trump for months and it’s time for Senate Republicans to intervene before it’s too late. For all we know, Trump is preparing to give North Korea everything they want while we get nothing in return except a mere pinkie swear from Kim Jong Un. And then a nuclear tipped long-range missile devastates the west coast of the United States in the near future, all because Trump refused to believe his intelligence chiefs.

We’re not talking about a few thousand soldiers dying in Iraq now. It’s a tragedy that should never have happened. But a nuclear strike would kill hundreds of thousands, perhaps even millions of Americans, and all because Trump’s ego is so fragile that he won’t admit he’s wrong when all of the facts are against him.