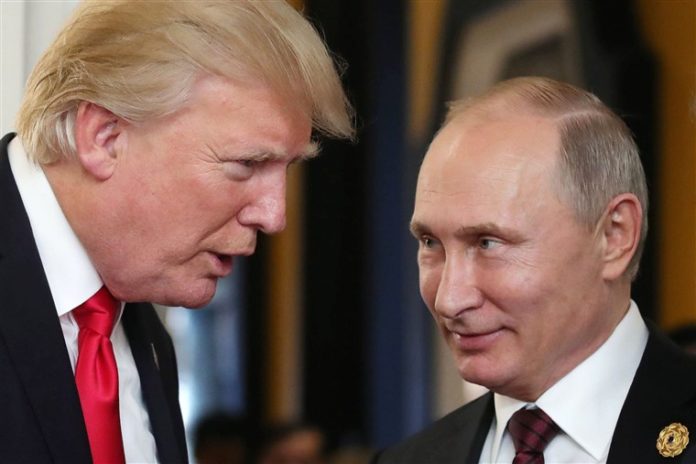 In light of the blockbuster New York Times article published Friday evening reporting that the FBI began a counterintelligence investigation of President Donald Trump after he fired James Comey, a former CIA agent who ran for president in 2016 is calling Trump a “traitor.”

Evan McMullin has been a frequent critic of Trump, and he referred directly to the Times report in tweets he directed at Trump on Saturday:

That the FBI had cause to investigate a sitting American president for possible collaboration with a foreign power against the nation should shock and awaken us to the gravity of our situation. Still beyond the perception of many, Trump has betrayed us. https://t.co/n2L7Oyyj6N

I’ve always been fascinated by traitors. They consider themselves highly intelligent, yet fail to understand how likely they are to be caught. When they are, they become men without a home, having betrayed their countrymen and been used by an enemy. So it will be with this one. https://t.co/It1mJPAwZs

While the president certainly won’t appreciate the criticism from McMullin, it’s hard to deny that he’s merely standing facts. After all, Trump has repeatedly deferred to and even flattered Russian President Vladimir Putin, was reluctant to impose sanctions passed overwhelming in Congress, and repeatedly made foreign policy moves that serve to strengthen Russia’s sphere of influence in the world.

We may well be dealing the with biggest American turncoat since Benedict Arnold conspired with Great Britain during the American Revolution. And yet Trump is significantly more dangerous than Arnold because he holds the highest office in the U.S. government.

McMullin got plenty of support on Twitter from other say they’ve seen enough to warrant removing Trump from office:

If one were to unlock the gates and encourage a foreign power to physically attack our electric grid; would that be treason? @POTUS has done exactly that with regard to our electoral system. Cyberwarfare is an act of war. Aiding an enemy during that war is TREASON!

Explains why there has been nothing but border wall crap from Trump the past 3 weeks-Keeping us in a government shutdown. All THEATRE to distract from this traitorous bombshell, albeit not surprising.

The full story of Trump’s treason is yet to be known, but anyone who has not yet realized Trump has committed treason has not been paying attention.

And it is because of Trump’s betrayal that We the People need to Rise Up as One and demand nothing short of his immediate removal from power, as well as all who provided aid to an American traitor! #ImpeachtheMFNOW