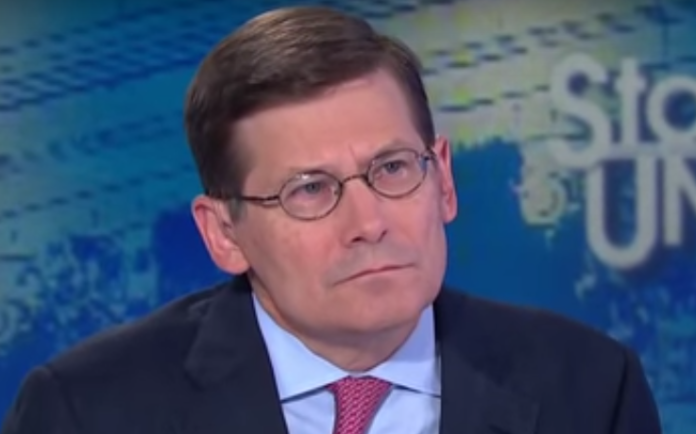 President Donald Trump’s attacks on his own intelligence officials for contradicting him on national security threats such as North Korea, ISIS, Russia drew a rebuke from former CIA Director Michael Morrell on Friday.

On Tuesday, CIA Director Gina Haspel, Director of National Intelligence Dan Coats and FBI Director Christopher Wray all agreed in testimony to the Senate Intelligence Committee that Russia is still launching cyberattacks against us, North Korea will not give up their nuclear weapons, Iran is not pursuing a nuclear weapon and ISIS has not been defeated.

It was a stunning public contradiction of all of Trump’s claims over several months, and rather than admit that he’s wrong, Trump threw his intelligence chiefs under the bus instead, accusing them of lying to the Senate and repeatedly insulted them on Twitter.

Trump’s behavior underscores his disdain for anyone who doesn’t share his views even when he’s wrong in the face of facts.

For instance, we know that ISIS is not defeated as Trump claims because thousands of fighters remain on the battlefield and can regroup once American forces leave Syria.

We also know that Trump has been getting duped for months by Kim Jong Un, who refuses to give up his nuclear arsenal unless the United States withdraws forces from East Asia.

In a scathing column for the Washington Post, Morrell outlined why Trump’s attacks on the intelligence community is dangerous and is unlike anything a president has ever done:

“President Trump’s critique of his intelligence chiefs in the aftermath of this week’s annual Worldwide Threat Assessment testimony is the third time the relationship between the president and the intelligence community has taken a significant public blow,” Morrell wrote.

Indeed, Trump provided no evidence to back up his claims about the hot spots in the world his intelligence chiefs provided detailed testimony on, and his attack “carries potentially significant consequences for our nation’s security.”

According to Morrell, “the number of the disagreements between Trump and his intelligence agencies is much greater than in the past, and many are displayed for the public to see. And where most differences between presidents and their intelligence communities are over interpretation, causes and implications, they are typically not about facts. It is one thing to question whether Kim Jong Un will ever give up his strategic weapons; it is quite another to say that North Korea is no longer a nuclear threat.”

Morrell also observed that “no other president with whom I have worked has personally attacked the men of the women of the intelligence community the way Trump has.”

These kinds of attacks “embolden our adversaries” and “undermines the morale of the intelligence workforce,” he wrote, pointing out that if intelligence officers leave because they are sick of being attacked, it sets our intelligence community back by many years while replacements are trained, thus harming our national security.

It also reduces the likelihood that foreign assets will spy for us to give us critical information. Because if Trump refuses to listen, potential assets will not want to risk their lives to help us.

Trump’s behavior toward his intelligence officials could also cause them to actually lie to Congress next time in order to align their views with Trump’s, even if their information contradicts him.

Then it’s a domino effect because not only will the Senate by misinformed, the American people will be misinformed, and the chances of a national security disaster skyrockets.

“As President Ronald Reagan once said, America’s intelligence officers ‘are the eyes and ears of the free world.’ The intelligence community must be supported by our nation’s leaders in its critically important work. And a key part of that support is publicly and privately encouraging the intelligence officers to bring them bad news when necessary. The national security of the United States depends upon it.”

But as we all learned on Friday, Trump doesn’t even care about Reagan, who negotiated the 1987 Intermediate Range Nuclear Forces Treaty with the Soviet Union that helped bring the arms race and the Cold War to an end, the same treaty Trump withdrew from earlier in the day.

At the rate Trump is going, it won’t be long before he totally withdraws from the intelligence community, too.