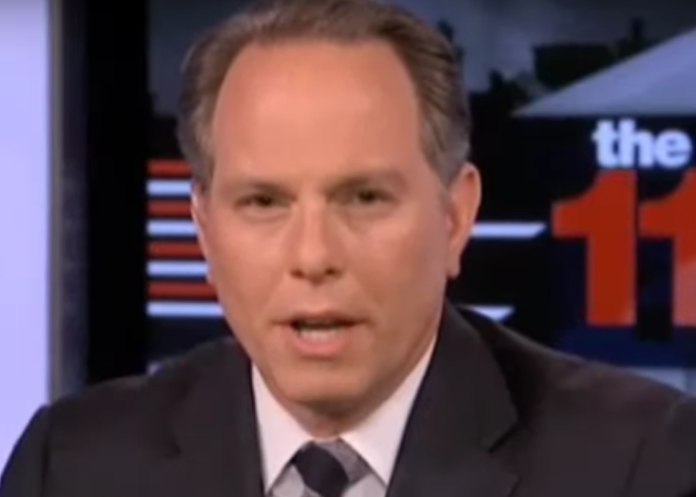 President Donald Trump’s order to ICE to round up immigrants is being compared to “Gestapo tactics” by former CIA official Jeremy Bash.

Used by Soviet dictator Josef Stalin and most notably by the Nazis, the tactic of rounding people up in the middle of the night by a so-called “law enforcement” agency being used in this country was once unthinkable. But Trump has issued that very order and announced such raids, which will have the effect of scaring people across the country, especially anyone who isn’t white.

Trump’s migrant camps are already being compared to “concentration camps,” and those would be the same places rounded up immigrants would be sent. Again, this is what Hitler did to the Jews and now it is happening in America.

During an appearance on The 11th Hour on MSNBC Friday night, former CIA chief of staff Jeremy Bash condemned the raids.

“By pre-announcing it, the president not only endangered ICE officials, but tried to instill fear and scare families to think they will be separated from their children or parents or loved ones,” Bash said after blasting the inhumane conditions inside the camps.

“This really has the hallmarks of the old Soviet knock at the doors, the Stalinist tactics, the Gestapo tactics of trying to round people up in the middle of the night,” he continued.

“This is not law enforcement. This is not operational. This is pure politics designed to instill fear and designed to make the president seem like he’s doing something on immigration — when he’s really not doing anything,” he concluded.

It’s time for House Speaker Nancy Pelosi (D-Calif.) to start impeachment proceedings immediately or step aside for someone who will. This atrocity cannot be allowed to continue and it’s pretty clear that Pelosi intends for it to continue. That makes her just as bad as Trump being doing nothing makes her an enabler. This country is not supposed to treat people this way. Our troops did not fight and die in World War II just so that the same Nazi tactics could used on our own shores. This is unforgivable and anyone who doesn’t speak or or take action to stop it should be ashamed of themselves.