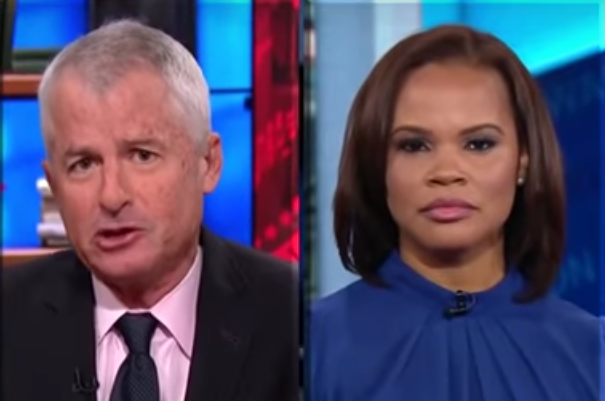 The deal came as a surprise considering Flynn’s crimes and the heavily redacted memo detailing it makes it clear that Mueller got a lot of information that could put Trump in legal jeopardy.

In exchange for assistance on three investigations related to the Russia probe, including Russian interference in the 2016 Election, Mueller agreed that Flynn should not serve any time in prison, which means Flynn had to have given investigators some seriously damning testimony and evidence that can be proven to be accurate.

During a discussion on CNN Wednesday morning, Mudd, who has experience working with Mueller, pointed out that the “quantity” of information leads him to believe that Mueller is about to drop a major bombshell.

“If you put the quantity of information together, the fact that there’s a specific reference to Russia, three ongoing investigations mentioned in that document, I’m going to tell you one thing I’m going to take away,” Mudd said. “There’s about a size-16 shoe going to drop, and that shoe is not going to be related to lying or to just financial irregularities, which is what we’ve seen in the past.”

CNN legal analyst Laura Coates agreed, and referred to the deal as a “gut punch to the president of the United States,” who has been desperately attacking witnesses on Twitter, including former lawyer and “fixer” Michael Cohen while dangling a pardon over the head of Paul Manafort and praising Roger Stone for refusing to cooperate.

“You’ve got the president of the United States dangling pardons for quite some time,” Coates continued. “Now you have the equivalent of a pardon, essentially handed down, to somebody who once called for Hillary Clinton to be locked up, and that’s Michael Flynn. It’s almost as if Mueller sees this and says, ‘I’ve got a great deal of power as well through prosecutorial discretion.’”

In short, Mueller is signaling to other witnesses that they could also get reduced sentencing recommendations or serve no time at all by working with him instead of holding out for a pardon from Trump that probably won’t come, especially if Mueller can recommend charges to state prosecutors. Because state charges cannot be pardoned by the president, as Manafort has discovered.

Coates went on to note that Trump’s own Acting Attorney General Matthew Whitaker had to have been the one to approve this deal, which doesn’t bode well for Trump if he thought installing Whitaker would bring about the end of the investigation.

“It may be too late to stop this train,” she said, “and Trump may get run over by it.”

Clearly, the Mueller train is charging full steam ahead.