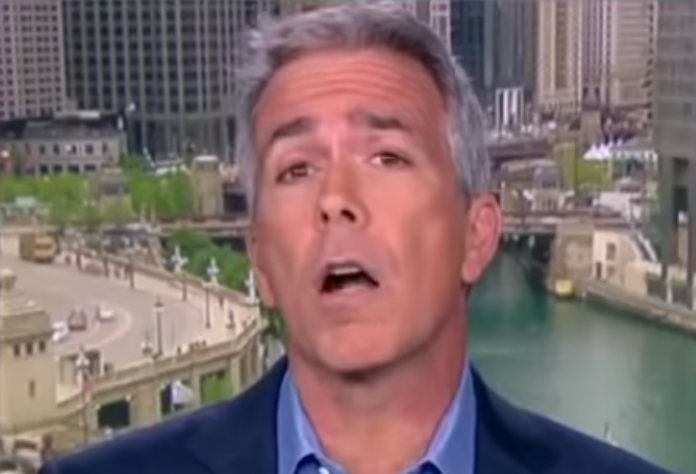 Amash concluded that it’s time to impeach Trump after carefully reading and analyzing the full redacted Mueller report in its entirety, and became the first Republican to openly call for impeachment in a Twitter thread explaining his decision.

Republicans have been targeting Amash ever since, with House Minority Leader Kevin McCarthy (R-Calif.) questioning if the Michigan lawmaker is really a Republican.

Meanwhile, many Republicans reportedly think Trump should be impeached, but don’t want to say it publicly.

Walsh, a conservative Republican who served a term in the House, torched the GOP on Friday during an interview on CNN about the way Amash is being treated.

“Justin Amash spoke the truth,” Walsh told Brooke Baldwin. “And this is what’s so pathetic: it took real courage for Amash to say what he said. But it shouldn’t take real courage to just speak the truth. He called out Trump for being a dishonest tyrant who has obstructed justice, and Brooke, anybody whose read that Mueller report knows that this president obstructed justice, but, again, he said publicly, Brooke, what near every Republican privately believes but they’re scared to say it because we’re no longer the party of issues. We are now the party of Donald Trump, Brooke. You got to get down on your knees and bow to this president if you want to keep your office.”

He also had words for McCarthy.

“Amash spoke the truth,” Walsh continued. “And I think Kevin McCarthy — you’re getting so much pushback now that Republicans because they don’t want other Republicans to come out and say what Amash said. Amash, I know him well. He’s one of the most conservative members of the Freedom Caucus, but it no longer matters where you are on issues now. You’ve got to pray and bow and worship to this president if you want to be a Republican and stay in office.”

Walsh went on to say what everybody already knows: that Republicans have not read the Mueller report and they deliberately chose not to conduct oversight when they had control of the House.

“For two years, when Republicans controlled the house, they didn’t conduct any oversight on this president,” Walsh concluded. “They made up their mind that they’re going to protect this president instead of protecting the Constitution. They’re continuing to do that right now when they’re out of power.”

Walsh is as conservative as they come, but even he recognizes that Trump is a criminal who should be removed from office.