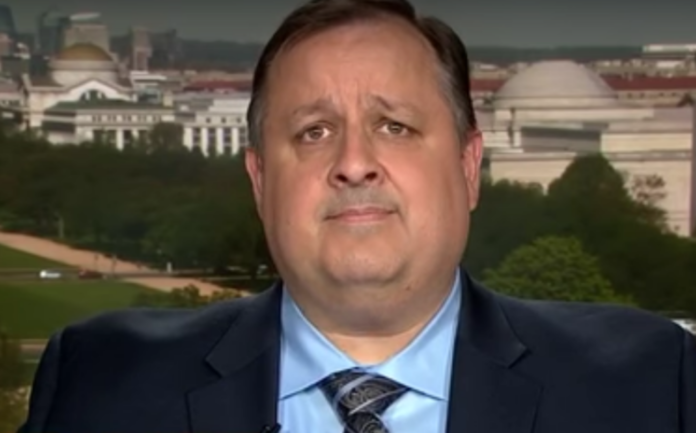 The former head of the Government Ethics Office Walter Shaub lit into President Donald Trump on Wednesday for suggesting that it’s not obstruction of justice to fire federal employees who investigate him.

As part of a morning Twitter tantrum over the Russia probe, Trump quoted attorney Joe diGenova, whom Trump nearly hired on as his personal attorney as part of his legal team to fight Special Counsel Robert Mueller’s investigation.

Questions surrounding his firing of former FBI Director James Comey is one of the multiple questions on the list that Mueller has for Trump. When Trump fired Comey, he literally bragged on television about it and how it hurt the Russia investigation.

“I just fired the head of the FBI. He was crazy, a real nut job. I faced great pressure because of Russia. That’s taken off.”

If Trump did fire Comey to hurt the investigation, that could be considered obstruction of justice, which is why Mueller is asking the questions.

Walter Shaub, who is also an attorney, disagrees. He said:

What an outrageous tweet. The man seems to think he’s king, not president. It is true he has the power to fire anybody he wants, but what he’s really declaring with that tweet is the idea that a president can go around expressly firing people to prevent himself from being held accountable under the rule of law, that he will not be investigated.”

“He did that with Comey and went on TV and admitted publicly that that was his reason, that he doesn’t like being investigated. And the timing now is a message to Rod Rosenstein and Robert Mueller and Jeff Sessions that he still doesn’t feel that he should be investigated.”

Shaub then explained that firing people for investigating him should be an impeachable offense.

“Whether or not this is a crime, if he continues to go down this road and fire people for investigating him, how many will it take for Congress to wake up and make a decision that the rule of law in this country matters and the president isn’t above that rule of law? The penalty, if he goes around repeatedly firing people who are investigating him, should be impeachment.”

Of course, it wasn’t long before Trump threatened to abuse his power.

A Rigged System – They don’t want to turn over Documents to Congress. What are they afraid of? Why so much redacting? Why such unequal “justice?” At some point I will have no choice but to use the powers granted to the Presidency and get involved!

Trump knows Mueller is closing in on him, so he is clearly laying the groundwork to fire everyone involved in the investigation to kill it. But killing the investigation is just about like admitting that he is guilty.

Congress needs to do something to stop Trump before the rule of law becomes a thing of the past.

ABOUT US
Lefties, Liberals, Progressives, Social Justice Warriors, Old Hippies, Concerned Millenials, Reformed Republicans and Democrats of Whatever Stripe – Welcome Home! We offer aggregated news – which means our writers credibly source and report on the news of the day. In all fairness, our team leans left and may editorialize from time to time but we are committed to giving you the facts. No tin-foil hat conspiracy theories here! Our Activism Resource Database is second to none and covers the spectrum from Animal Rights to World Peace (there were no categories that begin with Z). We make every effort to give you the most current information on ways you can make a difference. Whether you are an Armchair Activist or Full-Blown Social Justice Warrior we have something for you.
Contact us: admi[email protected]
FOLLOW US
© 2019 TheUnitedStatesBlues.com
This website uses cookies to ensure you get the best experience on our website. Learn more.