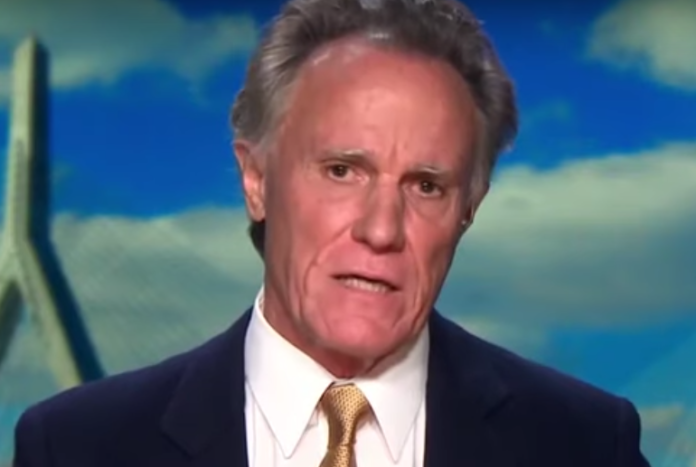 Frank Schaeffer used to be a conservative evangelical fundamentalist Christian who ran in the same circles as Billy Graham and other evangelicals of the time. Now he’s calling out Franklin Graham for tarnishing Christianity by supporting President Donald Trump.

About a week ago, Graham called for a day of prayer for Trump.

“President Trump’s enemies continue to try everything to destroy him, his family, and the presidency,” Graham wrote on Twitter. “In the history of our country, no president has been attacked as he has. I believe the only hope for him, and this nation, is God.”

On Facebook, Graham continued referencing Trump’s “enemies” and claimed God will protect him if they all pray.

“We need to pray for President Trump as he carries out his duties leading this nation, that God will give him wisdom in every decision he makes and protect him from his enemies who would like to see him fall,” he wrote. “I have reminded many that if the President succeeds, we all succeed—not just Americans, but freedom-loving people around the world.”

Designating a day of prayer for Trump against his “enemies,” which is presumably Graham’s word to describe Democrats and more than half of the American people who oppose him and his hateful agenda, is an abomination to Christianity. Graham has even recently threatened civil war if Trump is removed from office.

Trump is an immoral serial adulterer, which Graham hypocritically ignores. He’s a sexist and a racist who only seeks to divide us. He locks children in cages, attacks the poor, violates the rule of law and spits on the Constitution while pretending to be a Christian. He defiles Bibles by signing his name on them.

In response to Graham’s call, Schaeffer took him to the woodshed during an appearance on AM Joy Sunday.

Schaeffer outed Graham as a con artist like Trump who is “out for power and for money” like any opportunist. He also observed that days of prayer are nothing more than fundraisers for Graham.

“Evangelicals who are more progressive unite in not only opposing Donald Trump but the kind of compassionate Christianity that is revolted by children in cages, by the overt racism and the call to white nationalism,” he continued. “Sadly that is not the Trump voter.”

“They have voted for a man that not only denies the basic teaches of Jesus Christ but a man who has turned their former religion into a cult,” Schaeffer charged. “They no longer see President Trump as a political figure judged like other political figures. They’re doing not only days of prayer for him but saying he has been brought by God to America to save America.”

He then compared the evangelical takeover of our government to theocracy in the Middle East.

“This is a program of authentic theocracy that is far more like Trump’s friends, the Saudi Arabians than with anything traditional about American religion even back to the colony here in Massachusetts where I’m sitting,” he concluded.