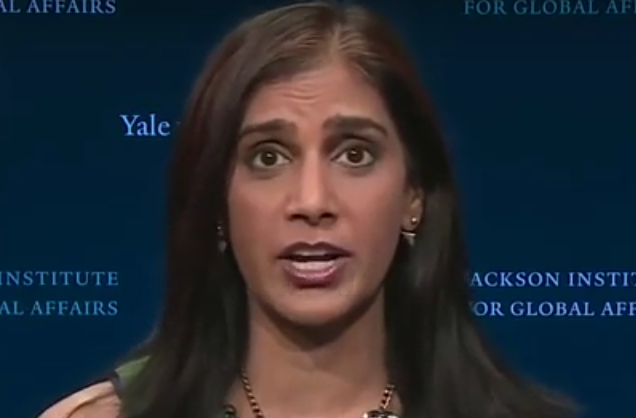 President Donald Trump’s biggest problem besides his extensive legal problems is his inability to stop himself from talking about them because he feels the need to punch back. But it’s only backfiring and former FBI agent Asha Rangappa says his lawyers need to make sure he keeps his mouth shut.

Whether it be by tweet or interview, Trump has had a lot to say about the various investigations against him and his associates, but it has come at great cost to himself because he has basically implicated himself and given more evidence to investigators to use against him in court.

For instance, Trump has been whining about the two felony campaign finance charges that Michael Cohen was recently sentenced to three years in prison for committing. Prosecutors say that Trump coordinated with and directed Cohen to commit the felonies, but instead of remaining silent and letting his lawyers handle it, Trump admitted that Cohen made the hush money payments for him but tried to excuse them by blaming Cohen and claiming that the whole is a private transaction. Not a good argument to make.

And let’s not forget that Trump admitted that his son Donald Trump Jr. met with the Russians in Trump Tower in June 2016 to discuss getting “dirt” on Hillary Clinton from the Russian government. Trump even acknowledged that the meeting was to get research on his opponent from a foreign entity, which is illegal.

Seriously, Trump is his own worst enemy right now because he keeps attacking investigators and talking about the crimes being investigated all while lashing out at associates who have flipped on him and admitting that there were crimes but trying to absolve himself at the same time.

Rangappa suggested Trump’s lawyers take his phone away and lock him in a padded room to guarantee he exercises his right to remain silent.

“This is going to be the president’s Achilles heel, because he’s going to keep talking,” she said. “From the get-go, I’ve said his lawyers need to put him in a padded room with mittens on and no phone because he will continue to implicate himself.”

“He keeps telling different stories, sometimes he kind of gives details…At some point he’s going to come out at say ‘I ordered the code red,’ Rangappa continued, referencing a scene in the film “A Few Good Men” when Jack Nicholson’s character Colonel Jessup blurts out that he ordered a soldier under his command violently punished for struggling as a Marine.

“I think one of the things we are going to watch because he just cannot help himself,” Rangappa concluded, “is him responding in a very public forum to what Michael Cohen is saying, and I think in the process potentially implicating himself further. He needs to be careful and listen to his lawyers.”

However, it may be too little, too late even if Trump does stop talking now because he’s already said too much.