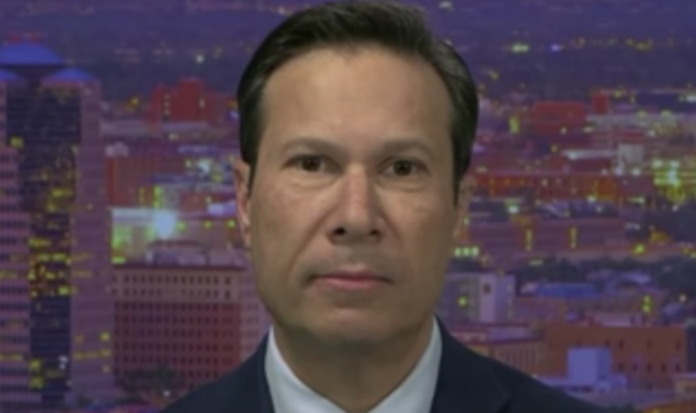 President Donald Trump faces yet another FBI investigation after repeating Russian propaganda in defense of the Soviet invasion of Afghanistan.

In a wild session with reporters on Wednesday, Trump literally concocted a false history of the Soviet Union’s 1979 invasion of Afghanistan, claiming that they invaded to stop terrorists and that Russia had the right to do so.

“Russia used to be the Soviet Union,” Trump said. “Afghanistan made it Russia because they went bankrupt fighting in Afghanistan. Russia. So you take a look at other countries. Pakistan is there. They should be fighting. But Russia should be fighting. The reason Russia was in, in Afghanistan was because terrorists were going into Russia. They were right to be there. The problem is it was a tough fight. And literally they went bankrupt. They went into being called Russia again as opposed to the Soviet Union.”

But he’s wrong. The Soviet Union invaded in order to prop up a communist regime against being overthrown by rebels. It had nothing to do with terrorism and the international community condemned it.

Trump’s story, however, stoked further fears that he is under the thumb of Russian dictator Vladimir Putin and that he was told to defend the invasion in this way by the Russians.

During an appearance on MSNBC on Friday, Figliuzzi told Brian Williams that active counterintelligence agents are going to want to know why Trump made these demonstrably false claims:

“The counterintelligence side is going to take a look at why it is our president is siding with a communist regime claiming that the Russians were ‘right’ to go into Afghanistan,” he said. “They’re going to want to know the reasoning behind that, and where it’s coming from.”

“The FBI is going to look at it even more deeply to say, look, there are a couple of other options, once you set aside incompetence,” he continued. “There’s another option, the president has deliberately chosen to regurgitate the Putin line, the Russian line on this, because he somehow needs to paint Russia in the most favorable light, and why is that?”

“We need to help understand whether that’s because it serves his agenda to appease Russia, to say to them, ‘You may have compromised me, we may have a problem here, but I’m on your side.’ And, look, while this sounds like conjecture to many people, this is what counterintelligence agents do for a living,” he concluded.

Trump’s remarks could simply be an example of his vast stupidity and ignorance. But it’s worth investigating because it he was told to say this by Putin it’s yet another example of Trump kowtowing to Russia. It’s also scary because Trump could be trying to set the stage for a Russian invasion of eastern Europe in the present day.

Just think about it. Trump excused the invasion because of terrorism. It’s not a leap to think Russia would use that very excuse to justify invading Europe, and then they can point to Trump’s words and expect Trump’s full and complete support. It’s an incredibly dangerous threat to our national security and the security of our European allies.

Even Special Counsel Robert Mueller would be interested in the results of such an investigation because he is already probing Trump’s connections to Russia and whether or not he colluded with Russia to win the 2016 Election.

Clearly, Trump is doing everything he can to appease Russia at a time when the United States needs to stand up to increased Russian aggression. And that won’t happen as long as Trump is in Putin’s pocket.