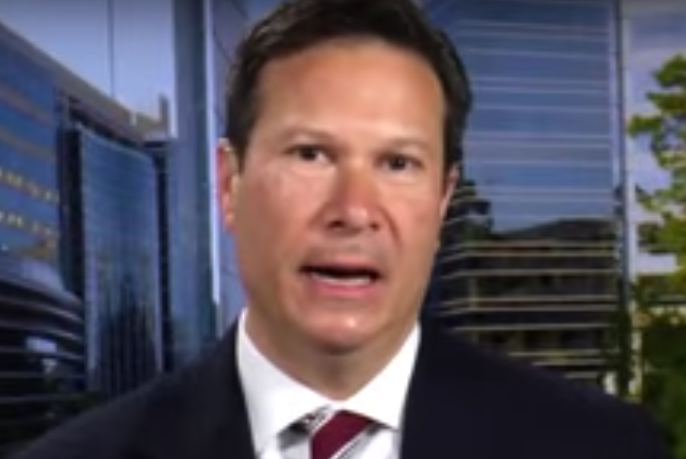 Things are looking really bad for President Donald Trump and any Republican who has defended him for the last two years against Special Counsel Robert Mueller’s Russia investigation after it was revealed on Friday that the FBI opened a secret counterintelligence probe into Trump in May 2017.

The revelation of the probe sent shockwaves throughout Washington DC that reverberated across the country, providing a sign that Mueller may very well have Trump dead to rights.

Ever since the 2016 Election, intelligence officials have suspected that Trump’s ties to Russia run suspiciously deep, and may have proved instrumental to him unexpectedly winning the race.

The intelligence community has already confirmed that Russia interfered with the election to help Trump, and we already know that the FBI conducted an operation to find out if Trump’s campaign was being influenced by the Russians.

But it was after Trump fired former FBI Director James Comey that federal law enforcement and intelligence agents feared that Trump is a Russian asset, especially since Trump literally admitted that he fired Comey to undermine the Russia investigation in an interview with Lester Holt and bragged about the firing to Russian officials inside the Oval Office.

According to the New York Times report:

“Counterintelligence investigators had to consider whether the president’s own actions constituted a possible threat to national security. Agents also sought to determine whether Mr. Trump was knowingly working for Russia or had unwittingly fallen under Moscow’s influence.”

Keep in mind that Trump had been in office for a few months already at the time when the investigation was opened, meaning that the FBI must have had strong evidence justifying it since a major investigation of a sitting president is a huge deal.

During an interview on The Rachel Maddow Show on Friday night, former FBI counterintelligence assistant director Frank Figliuzzi explained just how big of a deal this bombshell report is to guest host Joy Reid:

“The impetus for the special counsel inquiry not necessarily just figuring out the degree to which the Russians influenced the campaign,” Figliuzzi said. “But, rather now, we’re faced with a worst-case scenario, which is the possibility that the president had been co-opted and was in the pocket of the Russians.”

“The FBI had at a minimum a threshold to open a preliminary inquiry, which we call reasonable suspicion,” he continued, going on to say that the probe turned into a full investigation by a special counsel, which means the bureau had “specific articulable facts” that Trump “may be an agent of a foreign power.”

He cautioned that the probe doesn’t mean Trump is guilty, but it doesn’t make him look innocent either. In fact, it makes him look even worse as Mueller moves closer to finishing up his investigation and issuing a final report that could be damning.

“There are some unanswered questions here but it is really sobering to think that maybe, if the reporting is right, that Donald J Trump, that name, was in the header, in the subject title, of a counterintelligence investigation,” he said.

“The FBI is privy to all sorts of information, and if you’re going to open a case, as the New York Times reports, into the President of the United States you’re going to have more than just unstable public behavior,” he concluded. “You’re going to have something that at least gives you a reasonable suspicion, if not specific and articulable facts. It means they’ve got intercepted communications, it means they’re privy to how these Russians were talking to the president or about the president.”

Trump has not commented on the bombshell report yet, but when he does you can bet on one hell of a temper tantrum on Twitter.