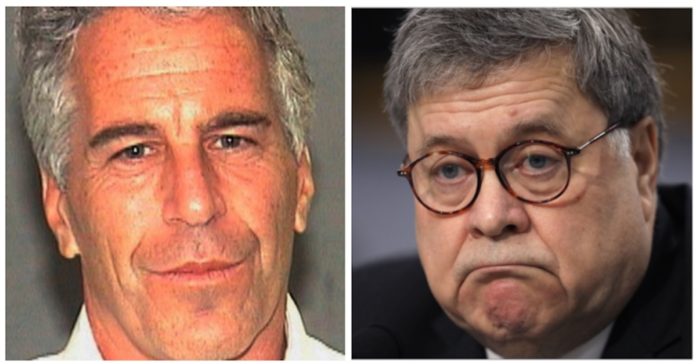 Frank Figliuzzi is the former  Assistant Director for Counterintelligence at the Federal Bureau of Investigation, and he said Monday that Attorney General William Barr completely bungled the custody of Jeffrey Epstein, who was being held at the Metro Correctional Center (MCC) in Manhattan, when he allegedly committed suicide.

Barr said at an event in New Orleans Monday that the Department of Justice was investigating Epstein’s death:

“We will get to the bottom of what happened, and there will be accountability.

“Any co-conspirators should not rest easy. The victims deserve justice and they will get it.”

In response, Figliuzzi pointed out that it was far too late for Barr to pretend he cares about getting justice for Epstein’s victims:

“So a little bit too late for Barr to come in and say he wants justice for the victims. He could have had it by ordering special handling for Epstein. The other thing that I hope is wrapped up in his statement that there will be justice and co-conspirators will be looked at I hope he also means the corruption investigation into how Alex Acosta, Trump’s Secretary of Labor but former U.S. Attorney of Miami, got Epstein off the federal hook years ago and got him a state charge instead. I hope there will be pursuit of a corruption investigation for the southern district of Florida to figure out how this even happened in the first place.”

None of us should hold our breaths waiting for the current AG to do anything that might implicate former or current members of the Trump administration or the president himself for their connections to Epstein. As Barr has repeatedly proven since taking the job, he will do anything to shield and protect Donald Trump. He’s not about to suddenly grow a conscience or a spine.