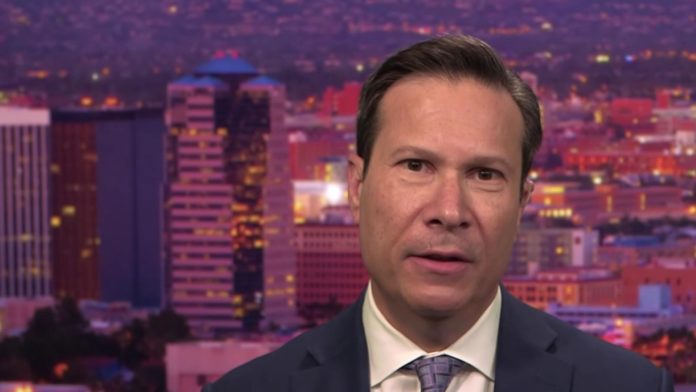 Former FBI assistant director for counterintelligence Frank Figliuzzi has had quite enough of President Donald Trump’s racist rhetoric and is warning that it is emboldening domestic terrorists to commit violent acts.

In an op-ed he wrote for The New York Times, Figluizzi begins by noting:

“If I learned anything from 25 years in the F.B.I., including a stint as head of counterintelligence, it was to trust my gut when I see a threat unfolding. Those of us who were part of the post-Sept. 11 intelligence community had a duty to sound the alarm about an impending threat.

“Now, instinct and experience tell me we’re headed for trouble in the form of white hate violence stoked by a racially divisive president. I hope I’m wrong.”

Then Figliuzzi provides the facts about how big of a threat domestic, right-wing terrorists ate:

Trump’s Twitter postings and remarks he makes at rallies are a match that lights a larger flame of actual violence, the former FBI official warns:

“Reporting indicates that Mr. Trump’s rants emboldened white hate groups and reinforced racist blogs, news sites and social media platforms. In response to his tweets, one of the four lawmakers, Representative Ilhan Omar of Minnesota, said: ‘This is the agenda of white nationalists, whether it is happening in chat rooms or it’s happening on national TV. And now it’s reached the White House garden.’ She’s right.”

And Figliuizzi ends with a dire prediction of what we can expect if Trump continues to ratchet up his hate speech:

“It doesn’t really matter whether Mr. Trump is truly a racist or merely playing one on television to appeal to his base. Either way, his path can lead to bloodshed. When that happens, we will hear White House officials and the Republican leadership claim their hands are clean because malicious people can’t be stopped from acting out.

“Don’t believe a word of it. Terrorists aren’t born that way: They are inspired, cultivated and directed. Our experience with online radicalization has shown there is a clear path to violence. I fear we are on it.”