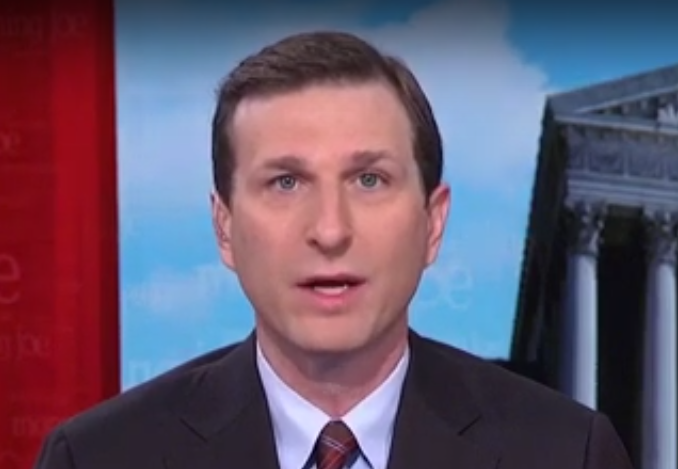 President Donald Trump and his lawyer Rudy Giuliani are so desperate now that they are resorting to what could amount to witness tampering in an effort to undermine the Russia probe. Former federal prosecutor Dan Goldman explained how to Morning Joe on Tuesday.

As Special Counsel Robert Mueller closes in on Trump through his former attorney and “fixer” Michael Cohen, Trump lashed out at Cohen on Twitter by demanding he serves a full prison sentence instead of a reduced sentence for testifying to Mueller because Trump says Cohen is lying about him.

But the tweet that really puts Trump in the crosshairs is one he posted about associate Roger Stone, whom he praised for refusing to testify against him.

“I will never testify against Trump.” This statement was recently made by Roger Stone, essentially stating that he will not be forced by a rogue and out of control prosecutor to make up lies and stories about “President Trump.” Nice to know that some people still have “guts!”

Reaction to Trump’s tweet from legal experts shared the consensus that the president just committed a serious crime.

George is right. This is genuinely looking like witness tampering. DOJ (at least with a nonfake AG) prosecutes cases like these all the time. The fact it’s done out in the open is no defense. Trump is genuinely melting down, and no good lawyer can represent him under these circs https://t.co/zqFUoQvWTf

This is witness tampering under 18 USC 1512(b), which makes it illegal to “cause or induce any person to withhold testimony.” We explain: https://t.co/tzDXA6jjdI https://t.co/J42072qWf4

I’ve never heard a public official speak this way before Trump. This sounds like something the criminals I used to prosecute would say. https://t.co/WVqoz2taVh

Goldman, who is also an MSNBC legal analyst, agrees and explained why Rudy Giuliani’s defense of Trump’s witness tampering could also spell doom for Trump.

In fact, Goldman noted that Paul Manafort used the same defense after he got caught sending text messages to witnesses in his own case in an effort to sway them into not telling the truth.

“His defense, and what they said is, he was reminding them of what they did so that they would tell the truth,” Goldman said. “So the fact that Rudy Giuliani admitted that Donald Trump’s tweet was encouraging something is an indication, whether it’s to lie or not to lie. In this case, he says it’s not to lie, but he’s encouraging him to do something — which gets you very, very close to witness tampering.”