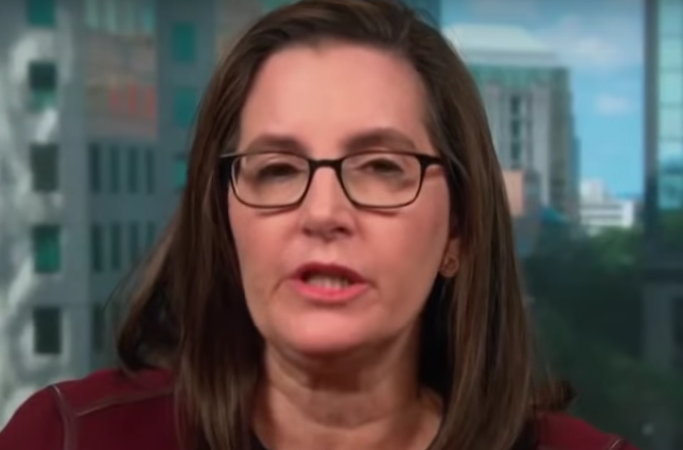 Former federal prosecutor Joyce Vance had some bad news for President Donald Trump and his family on Monday after she pointed out that Special Counsel Robert Mueller may now have evidence to go after Donald Trump Jr. for his meetings with Saudi and Emirati representatives during the 2016 Election.

Mueller is closing in on Trump and his family, especially Donald Trump Jr. after he met with Lebanese businessman George Nader in Trump Tower to discuss how the Saudis and the United Arab Emirates could help Trump’s campaign in 2016.

Nader attended the meeting in August 2016, two months before the election, as the envoy of Saudi Crown Prince Mohammad bin Salman and Emirate Crown Prince Mohammed bin Zayed Al Nahyan. In addition to Trump’s son, who is also being investigated for his earlier Trump Tower meeting with Russian agents that July, disgraced Blackwater founder Erik Prince was also present.

Well, Mueller served Nader with a subpoena and now he is singing like a canary in exchange for immunity. And that’s bad news for Prince, who could be charged with perjury if Nader reveals their lies.

Joyce Vance wrote on Twitter that Nader is trouble for Prince because Prince has denied being at such meetings with Trump Jr. during his own interview with Mueller.

Prince may have other issues stemming from his testimony on the Hill. He denied meetings was DJT Jr., despite the one in Trump Tower in August 2016 where George Nader told them Saudi & UAE princes wanted to help Trump. Nader is cooperating with Mueller. https://t.co/SDq6l2zZxt

During an appearance on MSNBC on Monday, Vance explained that Nader’s cooperation and testimony would be the “gold standard” of evidence if Mueller charges Prince with perjury.

“Getting a friendly fire interview, as opposed to a hard press from prosecutors, you know, it really ups the ante,” Vance said. “The gold standard for evidence in a perjury case will be someone who was in the room when the lie was made and knows it was a lie and is now cooperating. Mueller has that here. George Nader is reported to be cooperating. We know that General Flynn’s cooperation has been very highly accorded by the Mueller investigation. He too was privy to some of these conversations that took place. So I expect those interviews with Mueller will only be a precursor to prosecution.”

“Mueller has that here” – @JoyceWhiteVance pic.twitter.com/AIOYQFKuow

And that could put Trump Jr. in the crosshairs in the investigation if Prince makes a plea deal to save himself. Nader has clearly already made a deal, and for immunity no less. That must mean Nader is giving him some really damning information.

Prince might be desperate to avoid a prison term, which means he’ll have to give Mueller testimony and evidence against bigger fish like Trump Jr., and perhaps, even President Donald Trump.

Clearly, Mueller’s investigation is continuing to flip Trump associates, and we can all expect a Twitter meltdown from Trump at some point once he learns the bad news.