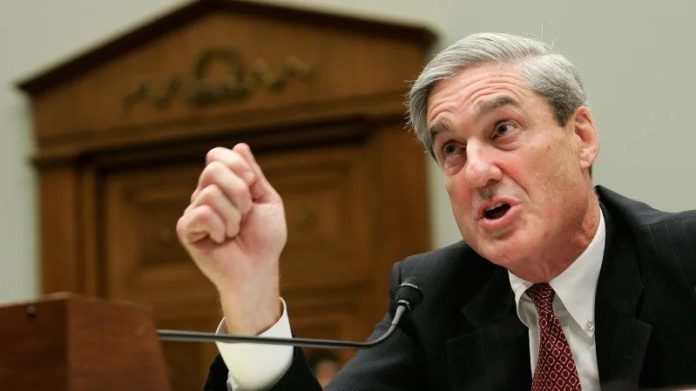 While attending the G20 conference in Osaka, Japan, Saturday, President Donald Trump made sure to attack Special Counsel Robert Mueller yet again, calling him “totally conflicted” and declaring that Mueller found “no obstruction, no collusion.”

But as former federal prosecutor Glenn Kirshschner noted on MSNBC, that’s just more lying from Trump, and it highlights exactly what Democrats need to ask Mueller when he testifies on July 17 before the House Judiciary and Intelligence Committees.

“The president has repeated his claims about Mueller’s alleged conflicts. Is there any evidence that it’s true?”

Kirschner, who used to work for Mueller, replied:

“Zero evidence that there are any significant conflicts that would have either disqualified Bob Mueller or warranted a serious discussion about whether Bob Mueller was recused from overseeing the investigation. And I’m so glad you just played that lead-in, Alex, of the president again spouting out his disinformation mantra, no obstruction, no collusion.”

“When Bob Mueller testifies on the 17th, I think what the American people need to see are the basics, the basics of his investigation and his findings. So one of the first things I would ask, special counsel Mueller is, ‘Special Counsel Mueller, you have heard the president over and over again say your report said no obstruction, no collusion. Let me ask you, Mr. Mueller, is it true or false that your report found no obstruction?’ I think when you read the report, Bob Mueller would have to answer that’s false.”

As a follow-up, Kirschner suggested this:

“‘How about when the president and [Attorney General] Bill Barr claimed that there was a finding of no collusion, true or false?’ Bob Mueller would have to say based on the four corners of his report that is false.”

That would indeed lay waste to Trump’s oft-repeated contention that there was “no collusion, no obstruction.

Kirschner noted that the only way to fight lies is with truth:

“The American people need to have this sort of antiseptic light shining on these disinformation claims that we’re inundated with every day.”

Maybe when Americans hear the facts laid out by Mueller, they’ll understand the importance of impeaching Donald Trump. And even if the president isn’t removed from office, Mueller’s testimony can also be used against Trump in the 2020 election.