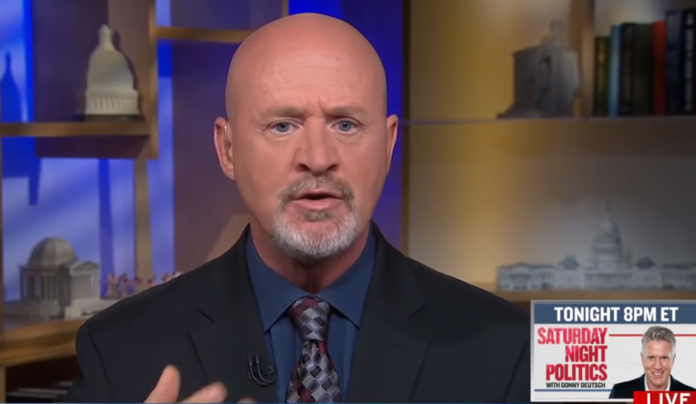 A former federal prosecutor who once worked with Robert Mueller warned Saturday that comments made recently by Senator Lindsey Graham (R-SC) about going after officials with the Department of Justice who investigated President Donald Trump is dangerous and could lead to DOJ officials being too fearful to even do their jobs.

“Lindsey Graham is now basically leading the ‘lock her up’ chant. And he’s including lock-up Obama-era DOJ. officials who initiated this investigation into how Russia was trying to interfere in our election.”

That, Kirschner continued, could be catastrophic for the Department of Justice and national security of the United States:

“The chilling effect that that might have going forward — think about it! If I am a DOJ employee an FBI agent or a prosecutor and I am told listen it looks like, for example, North Korea is trying to cyber attack our country and interfere with our upcoming elections and you catch that assignment, are you going to have in the back of your head if you do it — if I do this i might be attacked by a future administration for doing the wrong thing and not the right thing to protect the country?

“Lindsey Graham, I think going after these people, it is dangerous, and a perversion of what the Department of Justice is about.”

Graham was once a harsh critic of Trump and Russia. But in recent months he’s gone out of his way to try and discredit the Mueller probe and suggest that the people who started to look at the connection between Trump and Russia were somehow out to get the president.

Shortly after Attorney General William Barr testified before the Senate Judiciary Committee, Graham even said he was done with holding hearings on Russia or the Mueller probe, adding that he would not allow the special counsel to testify before the committee he chairs.

As Glenn Kirschner pointed, Graham is nothing but an extension of the White House now. And that should concern anyone who cares about the system of checks and balances the Founding Fathers put in place.