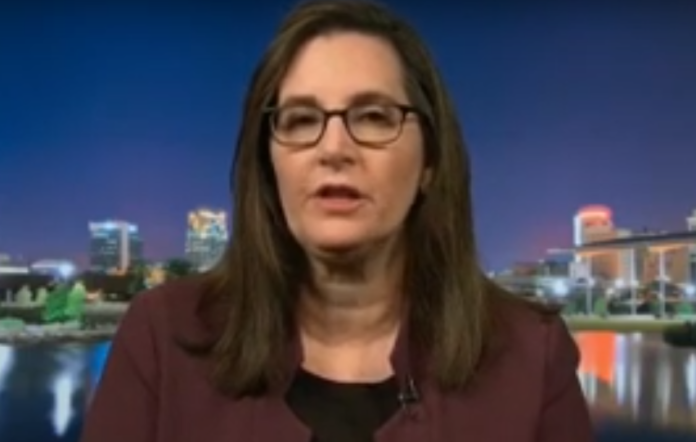 Morning Joe host Mika Brzezinski slammed Trump for lying about his own family separation policy when he blamed it on former President Barack Obama. She then turned to Vance for analysis of what is going to be an even worse “legal nightmare” now that Trump is trying to install cronies at Homeland Security who will carry out his illegal orders.

“It’s absolutely terrible policy,” Vance said. “A lot of bad factors combined to increase immigration. The president just thinks that by threatening to take kids away from their parents, he can shut it down, but we know there are a lot of factors, including conditions in home countries, that influence this influx of immigration.”

She then opined that Trump wants people at DHS who will break the law for him despite what Congress and the courts say he can’t do regarding immigration.

“The president is right about one thing, that’s that he can’t seem to win an immigration battle in the courts these days, and that’s because he’s lined up squarely against the law,” she continued. “It is, I think, horrific to contemplate where we will be going forward.”

Except Nielsen helped Trump commit crimes against humanity by implementing his family separation policy and even adopted kids out to Americans regardless of whether those children have parents or not. Trump also repeatedly berated Nielsen for not being harsher toward migrants.

“By firing her, he signifies he is looking for a new set of leaders at DHS, ones who will be willing to implement his ongoing vision, which involves conflict with the law,” Vance concluded. “The president believes he does not have to comply here.”

Of course, if Trump flouts the law it is grounds for impeachment, assuming Republicans have the balls to stand up to him.