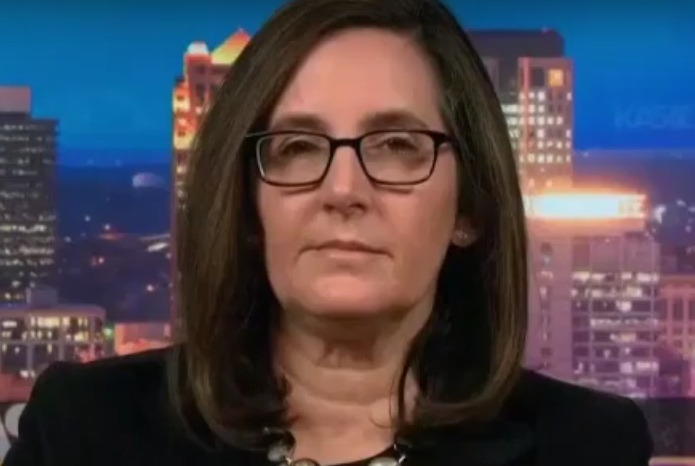 As President Donald Trump’s legal problems continue to mount, former federal prosecutor Joyce Vance appeared on MSNBC Sunday night and explained what would happen to him if he were not president and analyzed his constantly changing stories and claims about his crimes.

Every organization Trump has ever led is now under investigation, including his inauguration committee and his business empire, on top of an ongoing Russia investigation that has resulted in multiple indictments, plea deals and prison sentences. And Trump is now an unindicted co-conspirator whom prosecutors and witnesses allege coordinated with and directed Michael Cohen to commit campaign finance felonies in order to hide his affairs from voters during the 2016 Election.

Of course, Trump’s responses to these legal problems have constantly changed, from outright denial, to blaming them on others, to admitting they happened but that they aren’t really crimes, to claiming that federal prosecutors are making stuff up.

This is not how an innocent man reacts to investigations, and Joyce Vance made that clear during a discussion with Kasie Hunt.

Hunt began by showing Trump’s latest Twitter tantrum in which he blames Jeff Sessions for all his problems and claimed that the investigation is a “Democrat scam” after accusing the FBI of forcing witnesses to lie.

“It looks here as though General Flynn’s defenses are incidental to something larger which is for the prosecution to figure out if it can find a path to Donald Trump without quite knowing what that crime might be. It stops looking like prosecution and more looking like……

….a persecution of the President.” Daniel Henninger, The Wall Street Journal. Thank you, people are starting to see and understand what this Witch Hunt is all about. Jeff Sessions should be ashamed of himself for allowing this total HOAX to get started in the first place!

….The Russian Witch Hunt Hoax, started as the “insurance policy” long before I even got elected, is very bad for our Country. They are Entrapping people for misstatements, lies or unrelated things that took place many years ago. Nothing to do with Collusion. A Democrat Scam!

Hunt asked Vance if Trump would be treated differently if he weren’t president.

“You know, as a prosecutor, I always like to wait and see what the evidence says when it’s all in,” she began. “But with that caveat, if the president was a businessman who wasn’t protected from indictment by the DOJ’s policy, his lawyers would be in the process of negotiating some kind of a global settlement, global plea deal for him just based on the publicly known information.”

Vance went on to say that there are likely criminal charges against Trump that we don’t even know about yet and took aim at his shifting stories and excuses, pointing out that it’s not the behavior of an innocent man.

“There’s a good reason to believe that there are criminal charges against the president ranging from campaign finance to obstruction,” she said. “We haven’t seen all of the information about the foundation and the inauguration yet, but that looks problematic as well. And so the president’s repeated cries of witch hunt or they’re out to get me. At some point that wears very thin as layer upon layer of wrongdoing and misconduct is weighted down by the president’s changing stories, his constantly shifting stories, which is such a hallmark of a guilty mind.”

Trump’s best move would be to keep his mouth shut, something former FBI agent Asha Rangappa advised his lawyers to do via extreme measures earlier this week because Trump is incriminating himself more and more every time he talks or tweets.

Likewise, Trump’s constantly changing stories aren’t helping him either, just giving seasoned prosecutors more evidence to use against him in court.