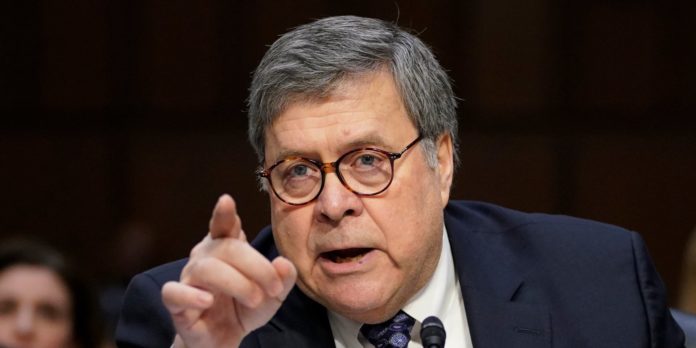 Renato Mariotti is a former federal prosecutor, and he’s taken a long look at the four-page summary of Special Counsel Robert Mueller’s report by Attorney General William Barr. And he’s says there’s still a great deal we don’t know and Barr needs to make explain to the public.

In a Twitter thread he posted Sunday, Mariotti explained what we know and what we still need to learn about Mueller’s findings:

2/ The letter raises many questions and is *not* the full report. But it does tell us many things that are very important. First, it sets forth the sheer amount of work that went into the Mueller investigation. He issued 2,800 subpoenas and interviewed 500 witnesses.

9/ Trump’s allies are right to point to this conclusion by Mueller as a “victory,” although I suspect that when lawmakers dig into the weeds underlying this conclusion, the evidence will appear less conclusive to a layperson than the overall conclusion suggests.

12/ The letter from Barr states that Mueller wrote that his report “does not conclude that the President committed a crime, it also does not exonerate him.” Barr said that Mueller “described the facts of his obstruction investigation” but did not reach “any legal conclusions.”

18/ I expect no one will rely on Barr and Rosenstein’s separate judgment that Trump did not obstruct justice. Barr’s memo on the subject, written prior to joining the Trump Administration, reveals his bias on the subject. So expect a fight about obstruction of justice ahead.

Several legal experts have wondered why exactly Mueller would let Barr decide whether or not President Trump obstructed justice. Since he conducted the investigation, shouldn’t the special counsel be the one who decides if evidence of obstruction exists?

As Mariotti noted, there’s going to be a lot for Congress to inquire about, and they need to be diligent in their duties. And we need to see the full report. Didn’t Trump say he wanted the entire Mueller report released to the public? Then he should be leading the calls for full transparency. If he doesn’t, then talk of a cover-up by the attorney general and White House will only increase.